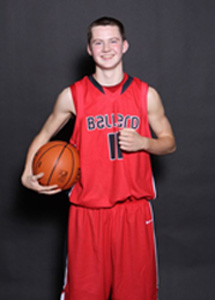 For the second time this year the Ballard boys basketball team has defeated the #2 ranked team in the state. They did it this time on the road at Skyline High School on the plateau. Ballard came out strong playing solid on both the offensive and defensive ends. After one quarter Ballard was down 13 to 12 to Skyline. Skyline however made a little run in the second quarter extending the halftime lead to 27 to 21. The first half ended on a tip in by senior Jake Devine at the buzzer—the Beavers fed on this play and came out hot in the second half. Jake Devine, coming off the bench, hit two of his three 3-pointers in the 3rd quarter to help the Beavers to a 18 to 8 third quarter. At the end of the 3rd quarter Ballard was up 40 to 35. Skyline quickly scored to cut the lead to 3 points, but then junior Johnny Verduin hit a 3-pointer and the Beavers were off on a 12 to 2 run. Clutch free throws at the end by juniors Seth Berger and Raymond Owens sealed the victory. Ballard was led in scoring by Seth Berger with 14 points and 8 rebounds, Johnny Verduin with 12 points, Jake Devine with 11 points and Raymond Owens with 8 points. It doesn’t get any easier for the Beavers as they travel to #6 Garfield on Friday night. (Photo of senior Jake Devine courtesy BHS Athletics.)