The National Weather Service is calling for a historic snowstorm to move through on Tuesday and Wednesday. “Snowfall amounts at Seatac could exceed anything seen since November 1985, a top five record 24-hour snowfall amount,” writes the NWS on this forecast discussion. How much? Anything from 6 to 14 inches in the immediate Seattle area. 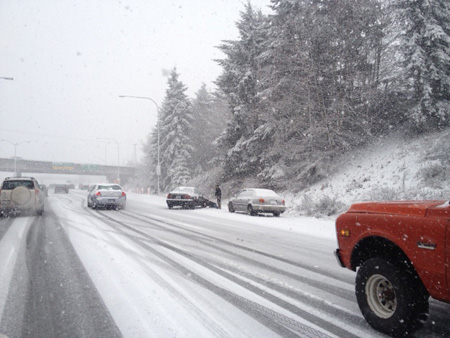 With Sunday’s storm, Ballard was largely spared while some South Seattle communities (above) and Capitol Hill were blanketed in snow. But this time around, forecasters say the entire region will see significant snow. “The huge event begins late Tuesday night and continues over most of the area Wednesday,” states the NWS. The forecast calls for rain either late Wednesday night or early Thursday morning. At Fred Meyer tonight, there was little sign of anyone stocking up for the storm, although quantities of snow shovels and de-icing salt are going fast and running low. An employee told us that once they’re gone, it will be several days before they’ll be able to stock up with more.

Here are a few useful resources: 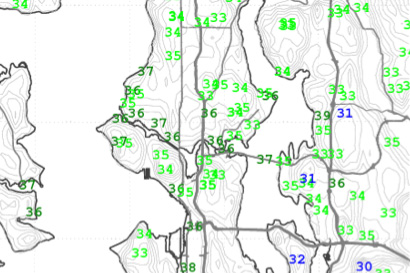 Just a reminder that residents and shopkeepers are required by city code to clear the sidewalk in front of their home/business.