Ballard Splits at Issaquah – My Ballard Skip to main content

Girls (4-10 Conference 5-14 Overall)
The girls coming off a big win against Garfield ran into a train Thursday night at Issaquah. The Lady Eagles, 14-5 overall and in second place in the Crest Division, played a solid game from tip to finish. The Lady Beavers were held to their second lowest scoring output of the year by the tough Issaquah defense. The Beavers were lead in scoring by sophomores Beverly Verduin with 8 points, Nancy MacGeorge with 7 points and Cailey Beckett with 6 points. The Beavers are still alive to make the playoffs. They are ½ game behind Garfield with Garfield having a game tonight and tomorrow. The Beavers have their last game tomorrow. If Garfield wins both games the Beavers are eliminated. If Garfield loses both games and the Beavers win tomorrow the Beavers are in. If the teams finished tied there will be a one game playoff Monday night to determine who goes to the playoffs as the No. 4 seed. 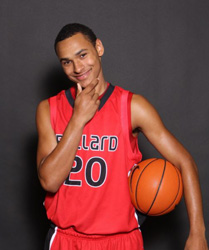 The boys faced a tough road game trying to get ready for the playoffs. Both teams came out strong shooting the ball very well. Ballard shot 59% in the first half holding to a 5 point lead at the half. Ballard lost leading scorer and rebounder junior Seth Berger to an injury early in the second quarter. Even with that key loss the Beavers kept up their intensity drawing even with Issaquah in the third to maintain a 5 point lead. The Eagles chipped away at the lead throughout the fourth quarter cutting the lead to two at times. Senior Luke Beutjer hit a clutch jump shot from the free throw line as the shot clock was expiring to give the Beavers a 5 point lead with 17 seconds to go. Issaquah came down to drain a 3-pointer to cut the lead to 2 points with 9 seconds to go. Ballard missed both free throws and Issaquah came down and shot a 3 to win the game, but the shot rattled in and out for a Beaver victory. Ballard was led by junior Johnny Verduin with 25 points, senior Luke Beutjer (starting in his first game since early in the season) with 12 points and 5 rebounds, and junior Seth Berger with 10 points. Ballard finishes their regular season tomorrow at Bothell. With a victory they will finish in 3rd place in the Crown division and play at Redmond on Tuesday night for the first game of the playoffs. A loss would make them 4th playing at Skyline also on Tuesday. (Photo of senior Luke Beutjer courtesy of BHS Athletics.)

Both teams conclude today at Bothell High School with the girls playing at 4:00 and the boys at 5:30.