Local musician and artist Eric Nielsen will soon be premiering an original symphonic work at Benaroya Hall. On March 18 at 2 p.m., Nielsen will debut the world premiere of his orchestral piece “Of Sailing Ships and Sea Nymph,” part of the Symphonic Stories concert conducted by Grammy award winner David Sabee. 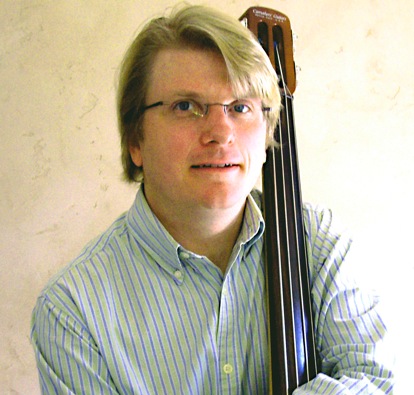 Nielsen has a background of composing for film, and this is his first experience of writing specifically for a concert series. He says his work as a composer for film was very helpful in creating a piece with a rich story line.  He began writing “Of Sailing Ships and Sea Nymphs” in August, and said the process of writing the story was more challenging and time-consuming than he’d expected.

The story, inspired first by a painting of two mermaids, grew out of his research of sailing ships in the 1700-1800s and Greek mythology. It’s about a ship coming in from sea after a long journey. In the story, the ship comes into port during a storm, and as they approach land, the ship’s crew hears a strange singing. They move in closer to investigate, captivated by the singing, and the weather gets the best of them, throwing the ship into the rocks. “It’s a cautionary tale,” says Nielsen. He says the story line allowed him to bring emotion to the music and use the orchestra in a way that was, “exciting and engaging.”

“One of the things I’ve learned in the past four or five years is having the foundation in thematics, putting a mood to the sound, is really helpful,” says Nielsen. “It’s kind of like writing a story without the words.”

Nielsen’s piece will be performed by a live 50-piece symphonic orchestra with six other world-premiere works in the Symphonic Stories concert. The concert is being held one year after the events of the earthquake and tsunami hit Japan, and a portion of the concert proceeds will be donated to assist in the recovery of the Sendai Philharmonic Orchestra, whose orchestra hall was devastated by the events.

Nielsen also composes work for small chamber ensembles and orchestras, and is President of the Seattle Composers’ Alliance and is a board member of Philharmonia Northwest, a Seattle-based chamber orchestra.

Nielsen studied composition of dramatic music for motion picture, and is a graduate of the two-year Pacific Northwest Film Scoring Program with Emmy award-winning Hummie Mann.  He’s also practiced under Tim Huling, composing and orchestrating for small chamber ensembles and full orchestra. Huling helped to guide Nielsen and the five other composers whose work will also be debuted during the Symphonic Stories concert.

To learn more about the concert, or to get tickets, visit the Symphonic Stories website.