You may have noticed lately that new street mosaics have been popping up on corners where crews have been installing new sidewalks along NW Market St. The mosaics, which say “Broadway St.” along Market St., were laid in the sidewalks to add to a project started in the 90s by the Central Ballard Community Council and Neighborhood Matching Fund and created by artist Benson Shaw. 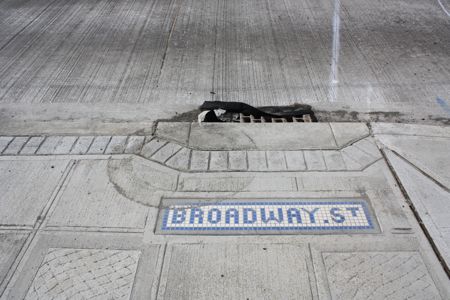 “The street names are a tribute to the names of several streets when Ballard was a separate municipality, before Seattle gobbled up its neighboring city to the north in 1907,” according to Rob Mattson from the Ballard District Council. About 12 were laid in the sidewalks, mostly along 20th Ave NW and 24th Ave NW. SDOT, when developing the new sidewalks and curbs created to better serve buses, had new street signs installed to contribute to the original project. 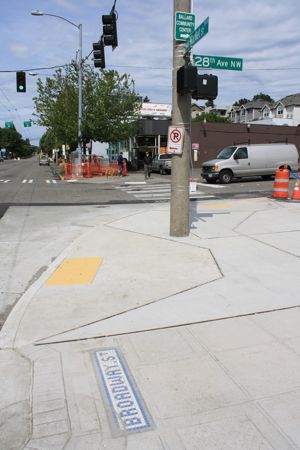 A couple years ago, we did a story about a Ballard resident who photographed each mosaic around the neighborhood. You can also view a map of all the tiles installed in the 90s.