Correction and update: Madeline Scarp from Opper Melang Restaurants tells us the restaurant will actually be called the Ballard Annex Oyster House. The name is a play on both its corner location and its place in history, as it’s next to the old City Hall. She says they’re working hard to revive original building elements and masonry while bringing in some design updates. They now hope to be open by February, barring any build-out issues. Scarp says they’ll have live tanks of Dungeness crab and Maine lobster and will serve, “steamed-to-order bisques and chowders made with fresh seafood in front of guests at the bar, and, of course, lots of oysters.”

Original post: Construction for Ballard’s newest seafood restaurant is now underway at the old Thaiku location on Ballard Ave. According to the electrical permit posted on the door, the restaurant will be called Willy’s Seafood and Oyster Bar. 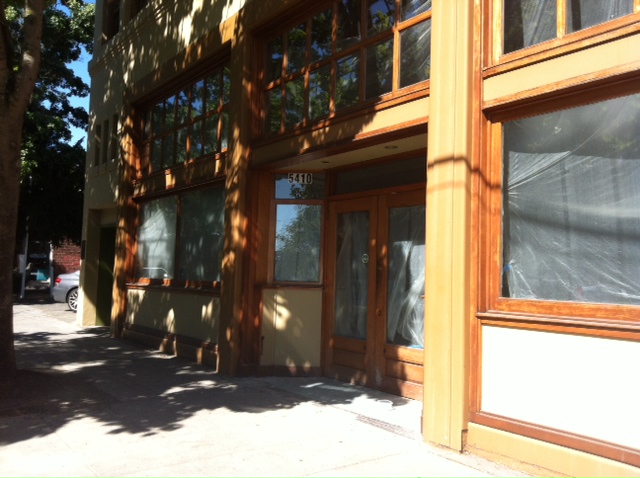 As we told you a couple months ago, this is the latest venture from the Opper & Melang pair, who own Matador, which is just up the street, and Kickin’ Boot Whiskey Kitchen, just around the corner.

The restaurant was supposed to open in December, and we’re waiting to hear from the owners about their tentative opening date.

Thanks, Silver, for the tip!