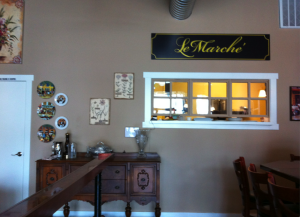 Local Chef Jerry Brahm is on the local culinary map once again, after opening french bistro Le Marché (5410 17th Ave NW) in May. The quaint and charming bistro is the third local venture for Brahm after opening Bistro on 24th on Crown Hill and Carnegie’s in the Old Carnegie Library on Market St. 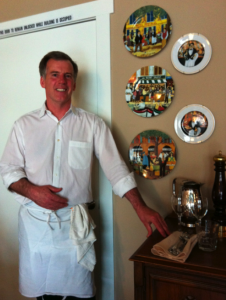 Brahm’s vision for Le Marché is a relaxed style French bistro where patrons can have an authentic French meal, at an authentic price. The menu boasts shared plates such as Sautéed Calamari in Extra Virgin Olive Oil with Lime, Onion, and Green Ginger, and Gerard and Domique’s Smoked Salmon with chive potato pancake, sour cream and capers. In terms of dinner Brahm echoes the French dining style all complete with appetizers, soup and salad and entrees which include New Zealand Rack of Lamb with herb and parmesan crust, Dijon flavor demi glace​ and medallions of Beef Tenderloin with sautéed mushrooms, Roquefort cheese, and demi glace. Many of the offerings are also available to go. To check out the full menu click here. 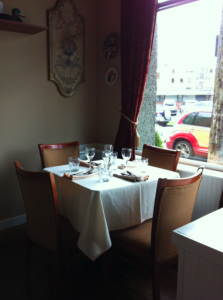 Brahm’s culinary background is extensive. He graduated from the Culinary Institute of America in Hyde Park, New York and did an apprenticeship with Gerard Ravesade of Gerard’s of Maui, Hawaii. After this training Brahm settled in Seattle working as a Chef at the Brooklyn Cafe downtown and the rest is history.

As can be seen in the above photos, Le Marché was charmingly decorated by Brahm and his wife Susan, giving patrons a true feeling of an authentic French bistro experience.