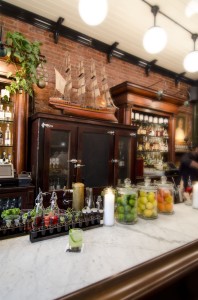 Percy’s & Co. have officially opened their doors to the public, and on their first night of business, were filled to the brim with customers eager to try Ballard Ave’s newest watering hole. Headed up by Jeff Ofelt, Wade Weigel, and Doug Herrick (who also own King’s Hardware, Bimbo’s Cantina and Cha Cha), Percy’s is in the location formerly occupied by Old Town Alehouse at 5233 Ballard Ave.

Ofelt says they spontaneously opened last night, because “everyone was ready so we went for it.” The name Percy’s comes from the original proprietor of the space, Percy Sankey, who owned The Ballard Bar and Percy’s Men’s Furnishing. According to Percy’s, it’s rumored that Percy ran a speakeasy in the back of this clothing store at night. 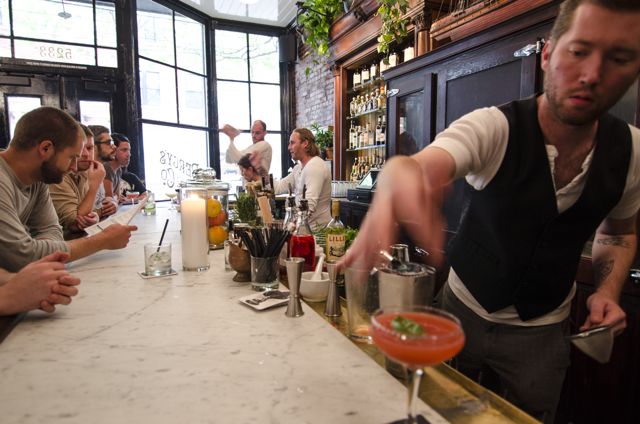 Here is more background on the space:

The building located at 5233 Ballard Avenue Northwest has been occupied by a licensed bar for nearly its entire 120 year history. Built in 1898 our edifice shares the same vintage as much of our historic strip as the street was virtually rebuilt “overnight” following the great fire in 1895, which consumed most of what was then the Ballard Commercial District. Originally occupied by The Ballard Bar, this local landmark ran continuously up until Prohibition when all the bars on the street either closed their doors, turned to other livelihoods or merely closed their front doors and opened their “backdoors”. Percy’s Men’s Furnishing opened up shop when the venerable Ballard Bar closed its doors. Percy was however the owner of the Ballard Bar so who is to say what went on in the back of the house. After the black curtain of Prohibition was lifted our little building was resurrected as The Silver Spot Beer Parlor. Red shag carpet and windows blacked out with paint brought the debauchery of “The Ave” back with a bang. Following the passing of the much beloved owner of the Silver Spot, Enger’s Fish Knot Inn opened to fill the empty hands and bellies of the thirsty patrons. In 1995 The Old Town Alehouse signed on as the newest occupant of the building at 5233 Ballard Avenue. 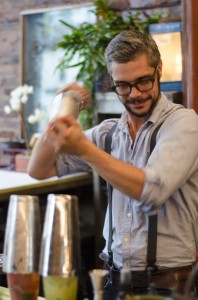 The new bar/restaurant boasts a seasonal menu developed by chef Dave Lamping (formerly of Bastille and Re:Public), and a cocktail list with apothecary-inspired libations created by cousins Kyle Taylor and Joe Petersen, who both used to work in Manhattan at Apotheke. Their cocktail approach is similar to that of Apotheke, creating “farm to bar” concoctions, incorporating seasonal produce and herbal tinctures. A quick look at their cocktail list includes the following: “Wild Ones,” with basil-infused tequila, orange liqueur, strawberry purée, fresh rhubarb and sour mix; “Raphanus Creatures” with oregano-infused vodka, orange liqueur, fresh cucumber & radish, lemon, hibiscus bitters, and sour mix; and the “Sankey Sour,” with bourbon, aperol, fresh orange juice, egg whites, angostura bitters and sour mix. For no extra charge, you can add one of the following health tinctures to your drink: Female Balance , Brain Power, Libido, Skin, Energy and Immunity.

Percy’s will be open 4 p.m. to 2 a.m., seven days a week, and they plan to eventually open for Sunday brunch.

Above: a view of the bar at Percy’s, and “bar chef” Joe Petersen shakes up a house specialty for a customer. Photos courtesy Percy’s.