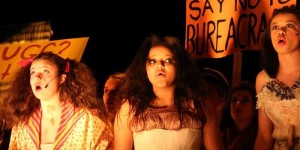 The BHS production was one of only eight musicals to be nominated out of more than 120 musical productions performed during the 2013-2014 year in the entire state.

The BHS cast and crew are excited to be performing “Run, Freedom, Run” from the production at Benaroya Hall on June 9.