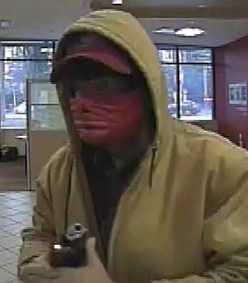 The FBI and Seattle Safe Streets Task Force are on the hunt for a bank robber now known as the “The Man in the Rubber Mask” who, within the last month, is believed to have robbed at least four banks in Seattle including the Crown Hill Branch of HomeStreet Bank. 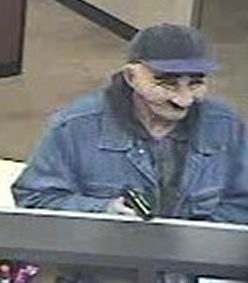 According to our news partners at The Seattle Times, during each of the robberies the suspect has worn a different rubber mask as well as gloves, a baseball cap, a hooded sweatshirt or jacket, and jeans. The robber also carried a hand gun. 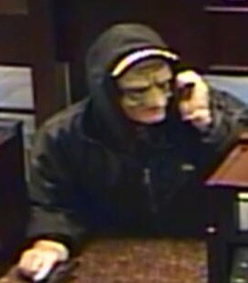 The FBI reports that the man is in his late 50s and is roughly five foot five.

“The Man in the Rubber Mask” is thought to be responsible for the following bank robberies:

Callers may remain anonymous and are eligible to receive a cash reward of up to $1,000.

Photos, from surveillance footage at different robberies, courtesy of the FBI.