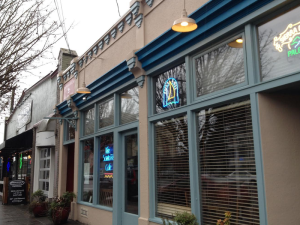 The Santa Fe Café (5910 Phinney Ave N) on Phinney Ridge is set to close its doors after 30 years of business on January 1.

Owner Drew Bloom, announced the news on Facebook on December 2 with the following message:

Due to mitigating circumstances, I’ve reached the decision that The Santa Fe Cafe will be closing its doors January 1, 2015. This was obviously a tough decision and one that was not taken lightly.

I want to thank all of you for three decades of loyal devotion. The last seven years of my life as owner has been the highest honor I’ve ever had. I would like to see as many of you as possible in the next month and I’m feeling good about the future.

Any of you who are in possession of gift certificates, please redeem them by the end of the year.

I will be looking for work (after some time off!) so if any of you have your ear to the ground or know of somewhere where my talents could be utilized, I would love to hear from you.

Thanks again to the greatest clientele in the City of Seattle.

Seattle Eater reportedly spoke to a staff member that confirmed the closure is due to the landlord not renewing the restaurant’s lease.

The Santa Fe Café was originally opened in 1981 by brothers Steve and Greg Gibbions on Ravenna Ave. The brothers opened the second location in Phinney, shutting the Ravenna Ave location at the end of the 1980s.

Drew Bloom bought the business in 2008, more than 25 years after starting on staff as a dishwasher at the café in 1985.

The café is sure to be sorely missed by fans all over NW Seattle and beyond.