The project, that has been in the works since 2012, is part of the city’s Ballard Natural Drainage System, which will work to prevent an average of 1 million gallons of untreated sewage and storm water per year from entering the Ship Canal and Salmon Bay.

SPU received construction bids for the project last summer and moved forward with a contract at the end of last year. 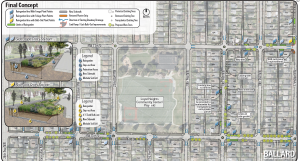 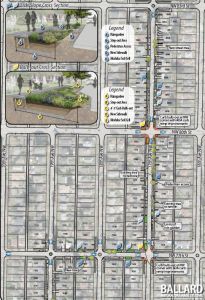 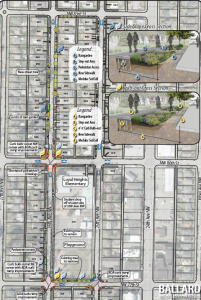 Once construction begins, the anticipated work hours are Monday through Thursday, 7:30 a.m. to 6 p.m and. at this stage, construction is set to last approximately 7-8 months.

Locals can expect to see construction trailers arrive on-site on April 18. Crews will set up erosion control and tree protection throughout the project site and then will move into excavating pit drains for the rain garden cells.

The contractor plans to start excavation work on Northwest 75th St between 22nd and 23rd Avenues NW and then move east to 19th Ave NW. Work along Loyal Heights Elementary school will not start until June 27 to coincide with summer break and the school’s upcoming improvement plans.

Throughout the construction process, access to homes and driveways will be maintained.

Homes located within the project boundaries will receive a mailed construction notice and maps this week.

During construction, SPU will continue to coordinate with the SDOT on the neighborhood greenway route where it overlaps with the natural drainage project along 17th Ave NW between NW 77th and 83rd Streets.

SPU will be hosting a neighborhood drop-in session this Saturday, April 16, from 10 a.m. – noon at the intersection of Northwest 75th St and 21st Ave NW on the sidewalk.

Attendees will have the opportunity to meet Resident Engineer Robert Case, learn more about the work on-site and ask any questions about the construction process.