SPD Robbery Detectives, working without the aid of Razz Berries or lures, are hunting for a man who robbed a Pokémon Go player at Greenlake last week. Read the full details from the SPD North Precinct blotter below: 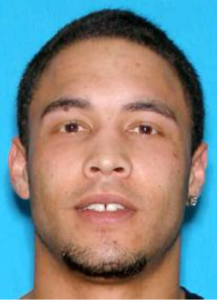 A man and a woman were playing Pokémon Go near the Greenlake Boat House around 10:30 p.m. on July 11 when a man approached them and grabbed the woman’s cellphone.

The male victim grabbed the suspect, who then turned on him and struck him several times before fleeing.

The victims and several bystanders chased after the suspect, including a woman who called 911 while pursuing the man on her bike, but he fled the scene in a gold Toyota Camry.