Seattle police are working to track down a team of thieves, suspected of targeting gas stations, small grocery and convenience stores, a golf course and a local burger chain in at least nine break-ins around Seattle over the last two months.

Check out the details in the SPD Blotter post below:

In several of the break-ins, the suspects have pulled up outside the business in a stolen truck or van–in one case, taken from an after-school youth program–smashed their way inside, ripped out ATMs, stolen cash from the machines, and then dumped the ATMs nearby.

While security cameras have captured the masked suspects during several break-ins, police are still looking for leads and are hoping someone out there can help identify the thieves.

Only two suspects, both wearing bandannas or hoods over their faces, have appeared in surveillance footage, but detectives believe there may be a third suspect involved as well. 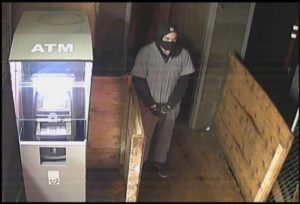 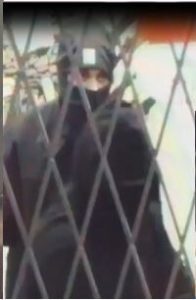 If you recognize these suspects or have any information about the break-ins, please contact the West Precinct Detective Unit at (206) 684-5730.