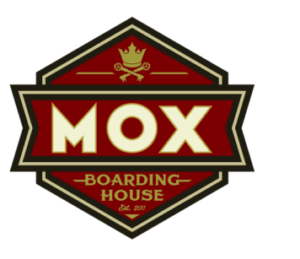 Nearly six years after opening its doors on Leary Way in Ballard, Card Kingdom and Café Mox is getting a new name. Starting this spring, the game store and restaurant will bear the same name as the company’s Bellevue outpost, Mox Boarding House.

Card Kingdom began as an online Magic: The Gathering trading card retailer in 1999, and the business is still flourishing almost 20 years later. The Ballard storefront, opened in 2011, became a mecca for Magic players in Seattle and beyond, while its attached restaurant, Café Mox, provided an atmosphere for non-gamers to meet up with friends and maybe even explore a new hobby.

Morris and his brother John hoped to capture the broad appeal of board games when they chose a name for their second retail store in 2014. While Card Kingdom had earned name recognition in the gaming community, newcomers occasionally expressed surprise when they learned that the Morris brothers weren’t in the greeting card business.

“We’ve always struggled with the name ‘Card Kingdom’ since we started doing board games,” Damon admitted. “We wanted a name that was more evocative…so we came up with ‘Mox Boarding House.’”

The Morrises have a strong attachment to the word “Mox,” a special gem from the Magic: The Gathering storyline. The reference was obscure enough that locals wouldn’t label Café Mox a “nerd bar,” and it was a fun Easter egg for Magic fans. No word better captured the company’s commitment to serving gamers and non-gamers alike. “Mox Boarding House,” therefore, was the ultimate third place: a community space that could become a customer’s second home.

In renaming the Ballard store, Damon Morris hopes to preserve the spirit of Café Mox while alleviating customer confusion. Now, all the Morris brothers’ game stores and restaurants will be unquestionably linked, and customers can expect the same games, food, and community at each location. The Card Kingdom name will only apply to the online Magic: The Gathering store.