It always happens when you’re late.

Those flashing lights come on, traffic slows, and you’re stuck on your bike, in your car, or on the bus, waiting and watching enviously as a sailboat glides under the bridge, heading towards the Locks or Lake Union for a blissful day on the water.

Beacon Hill resident Ondrej Sklenar can relate. But, he took it one step further than most of us, and decided to do some hard research. 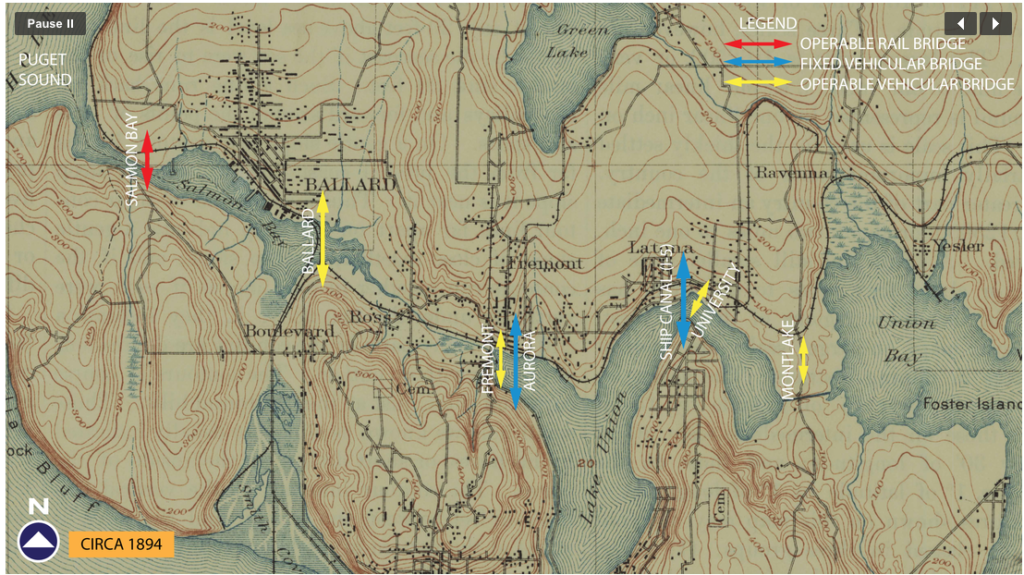 Sklenar is a civil engineer, so he used his data analytics and visualization skills to distill the data into infographics that show the total open hours per year, the average number of openings per hour of the day, and the types of vessels that require openings. He even researched the bridge’s opening angles, which have an effect on the duration of the opening. For example, when the bridge is open to 72 degrees, it’s typically open for six minutes. When open to 30 degrees, its opening duration is usually four minutes.

Sklenar found that in 2015, 34 percent of the annual bridge openings happened during the summer months, and 6pm has the most number of openings per day, which is likely because the bridge won’t open for recreational boaters during rush hour – between 4 and 6pm. The second busiest time is at 9am, again because of the 7 – 9am rush hour restriction. Sklenar found that a majority – 60 percent – of the vessels that pass underneath are sailboats.