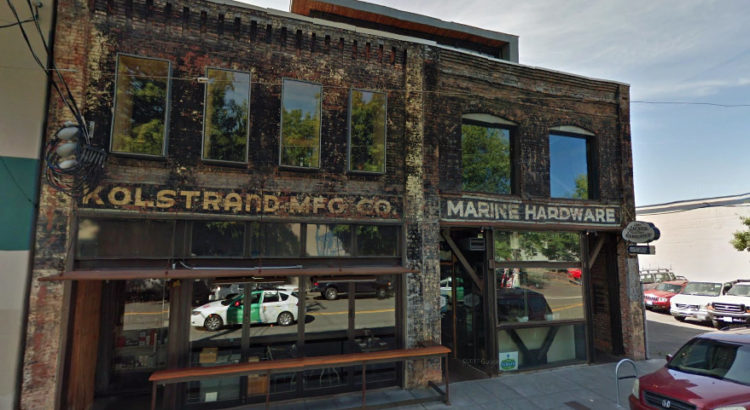 The early 1900s brick building was once a marine supply business. After it was bought in 2008 for $1.9 million, the owners extensively renovated the building in 2010, preserving much of its history.

Over the years that followed, the Kolstrand attracted Walrus & Carpenter and Barnacle from Renee Erickson and Staple & Fancy from Ethan Stowell, quickly becoming one of Old Ballard’s most popular destinations. In fact, the bar Barnacle was recently named one of the best American bars by Esquire magazine.

There’s no word if the new buyers, a family trust, will make any changes.

Staple & Fancy and Marine Hardware are Ethan’s but Barnacle and Walrus are Renee Erickson’s.

@porkpie Thank you, all fixed.

I use to work for Kolstrand Marine in the 1970’s and 1980’s and remember that building with fond memories. Yet another piece of historic Ballard may be gone should the new owners decide to tear it down . . .very, very sad if it goes that way ! – DON’T TOUCH HATTIES HAT OR MIKE’S CHILI BAR !

Ny husband worked there In their family business and has no recollection of an Arnold B, so who are you?