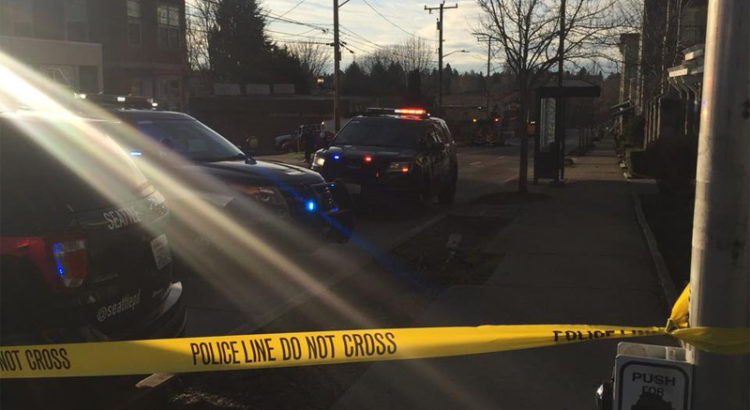 Update: The leak is capped, fire crews have wrapped up and traffic is moving again on 85th.

Earlier: A vehicle has collided with a building at Evanston Ave. N and N 85th St., triggering a gas leak and prompting evacuations in the area. Police have closed 85th St.

“Temporary evacuations were initiated in neighboring buildings. Buildings are now being evaluated for atmospheric safety,” says Seattle Fire on Twitter.

The car appears to have hit the front of the Greenwood Senior Center, according to video posted by Silver in the My Ballard Facebook Group. The damage to the car does not appear to be major, and there’s no word of any injuries.

There’s a large hazardous materials response at the scene, including 6 engines and 2 ladder trucks. At least one media helicopter is over the area.