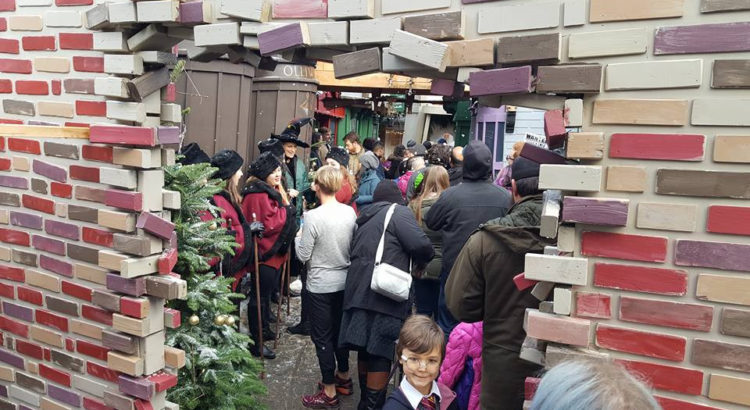 Ballard’s most popular holiday attraction will stay open after the New Year — but not for long. The Diagon Alley Project will be closed on January 20th, capping an adventure that began on Halloween and attracted thousands of people and the national media to Jon Chambers’ driveway.

“My family needs their privacy back at some point,” Chambers said on Instagram with a smiley face. “Like a Phoenix, it will live again at Camp Korey in Mt. Vernon, bigger and better.”

“This exciting new program area is the perfect space for campers of all ages to play and explore,” explains a blog post on Camp Korey’s website. “We are so excited, and grateful, to Jon for making this magical experience possible for our families.”

In the meantime, Chambers is still working on the Leaky Cauldron. This coming April, he plans to donate the Cauldron along with Gringott’s Bank at the Whittier Elementary PTA auction. Since opening on Halloween, the Diagon Alley Project has raised $33,000 to help fight pancreatic cancer.

As for what’s next, Chambers told Seattle Magazine back in November that Star Wars may be his next project. We’ll just have to wait and see.

One thought to “Diagon Alley to close on January 20th”