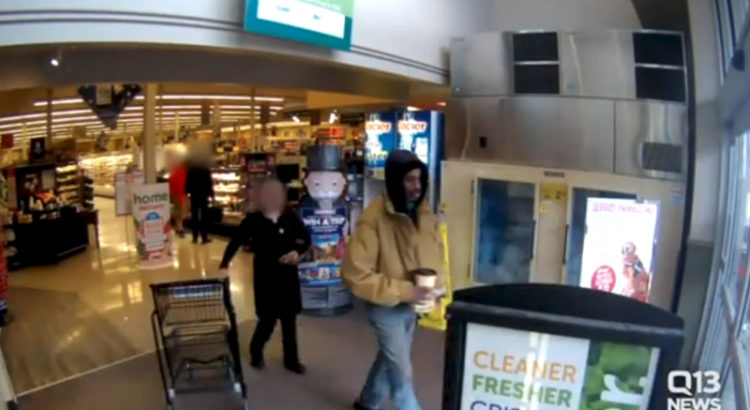 Seattle Police detectives are looking to identify a man who’s suspected of stealing food from the Ballard Safeway and striking an employee, according to a Q13 Crime Stoppers report.

The incident happened on February 18th at the Safeway on Market St. Video in the report shows the man walking out of the store, followed by a female employee. When he didn’t stop, she pushed a shopping cart in his direction. The video shows him returning to the store and striking her twice in the face. The employee was not seriously injured.

Police are looking for the man (you can see more photos in the report) on charges of robbery and assault, Q13 reported.

From our anecdotal scanning of police reports, shoplifting is an increasingly common crime in the Ballard area — especially in the area around 15th and Market. In late January, a man shoplifting inside Bartell’s took a couple swings at an employee, sparking a large police response. Similar to the Safeway incident, he was stealing food.