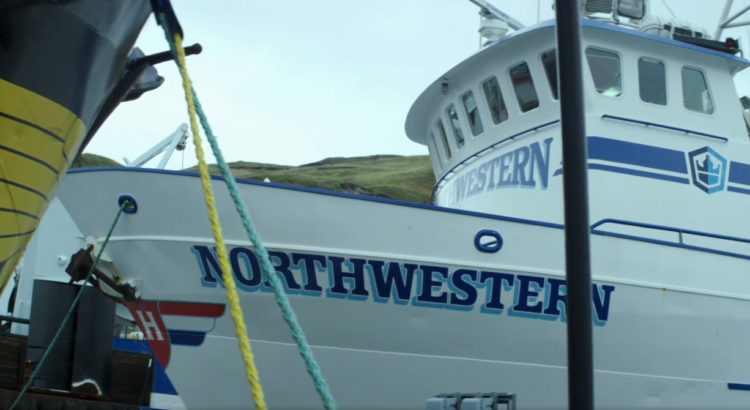 DEADLIEST CATCH: The word in the My Ballard Facebook Group is the Deadliest Catch folks are filming today (Wednesday) inside The Market Arms, which has been closed for the event the last few days. “They are filming ‘The Bait’ to celebrate Deadliest Catch’s 200th episode,” Erin said. A new season of Deadliest Catch kicks off on April 10th.

TRAILBEND TAPROOM: We first reported on Trailbend Taproom back in January. Now after a few weeks of soft-launching (and working with the city to get the last permits lined up), the restaurant and its 42 taps are now officially open at 1118 NW 50th St.

SEATTLE BISCUIT COMPANY: Back in February, we told you about Seattle Biscuit Company’s plans to open a restaurant without wheels in Frelard. Now the restaurant is open for business, and it landed some airtime in KING 5’s Evening Magazine.

LARSEN’S BAKERY: We missed this great profile of Larsen’s Bakery in the Seattle Times a couple weeks ago: “Larsen’s Danish Bakery is still going after almost half a century.” Quick factoid: Larsen’s makes 80,000 kringle every year.

NW PEAKS – The NW Peaks brewery in Ballard is reopening tomorrow afternoon (Thursday) with a newly refurbished patio and porch.

Have news? Email us at tips@myballard.com or submit an event to the Ballard calendar.

Please use a link for the community meeting that does not require you to open a Facebook account.

Kip: You’re not the only one who thinks Facebook is stupid.

It’s fine to think it’s stupid, but others will continue to use it. I don’t use it, but I am mature enough to realize that others will and that I will likely miss out on things.

The article from the Seattle times about Larsen’s bakery should have mentioned the previous occupant of the bakery on 24th NW and NW 80th in Loyal Heights. It was known as Engstrom’s Bakery for many years. Mr Engstrom (Hank?) had very good products there from at least the early fifties until it became Larsen’s bakery in the 70’s. I know it well as I used to run up to the bakery for my mom when we needed bread. During jr high school days it was almost a daily stop for us to get a maple bar or donut, etc.
Those were the days.

Join us at this month’s Ballard District Council meeting, featuring a District 6 update from Seattle City Councilmember Mike O’Brien, with time for constituent questions and comments, followed by a presentation from SPU on the 2.7-mile Ship Canal Water Quality Project, under construction from mid 2018 to 2024.

Spread the word and invite others to participate in local Ballard civics.

It is easy to understand, detailed and meticulous! I have had a lot of harvest after watching this article from you! I feel it interesting, your post gave me a new perspective! I have read many other articles about the same topic, but your article convinced me! I hope you continue to have high quality articles like this to share with veryone!

Join us at this month’s Ballard District Council meeting, featuring a District 6 update from Seattle City Councilmember Mike O’Brien, with time for constituent questions and comments, followed by a presentation from SPU on the 2.7-mile Ship Canal Water Quality Project, under construction from mid 2018 to 2024.