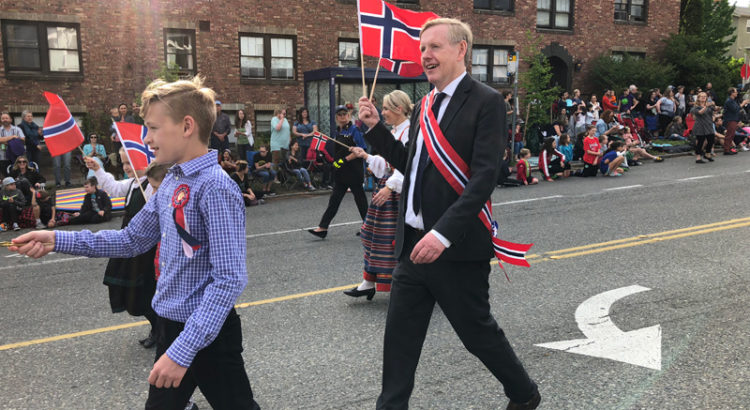 Thousands of people descended on Central Ballard Thursday evening for the Syttende Mai parade celebrating Norway’s Constitution Day. Some wore viking hats, many waved Norwegian flags as they cheered on the many participants in the annual parade. As is customary, kids lined the front row, waiting to dash for candy thrown in their direction.

Norwegian Ambassador to the U.S. Kåre R. Aas (above) was this year’s grand marshal.

We took a few photos, and you can also browse Instagram and this Flickr set for more. 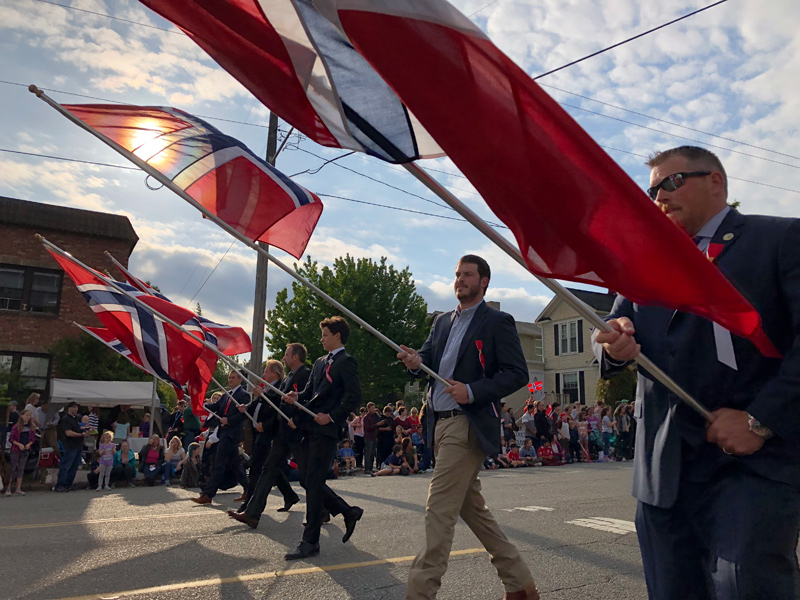 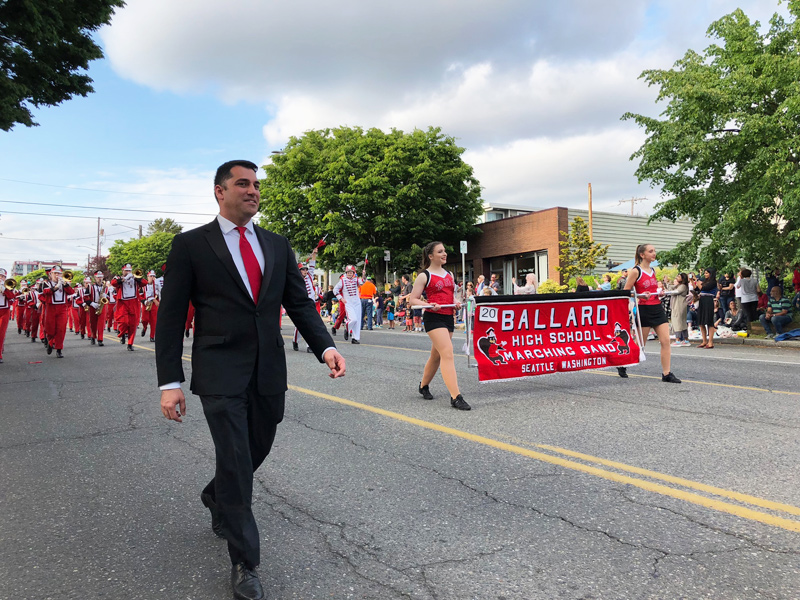 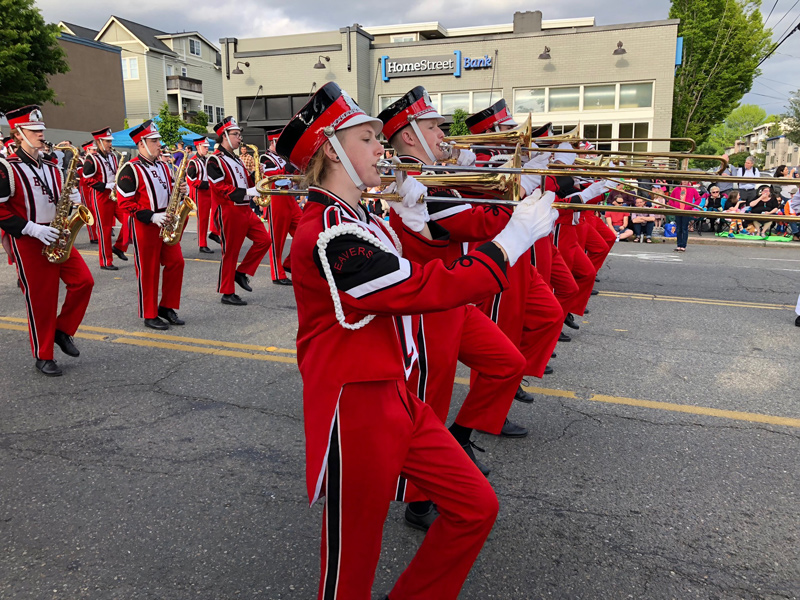 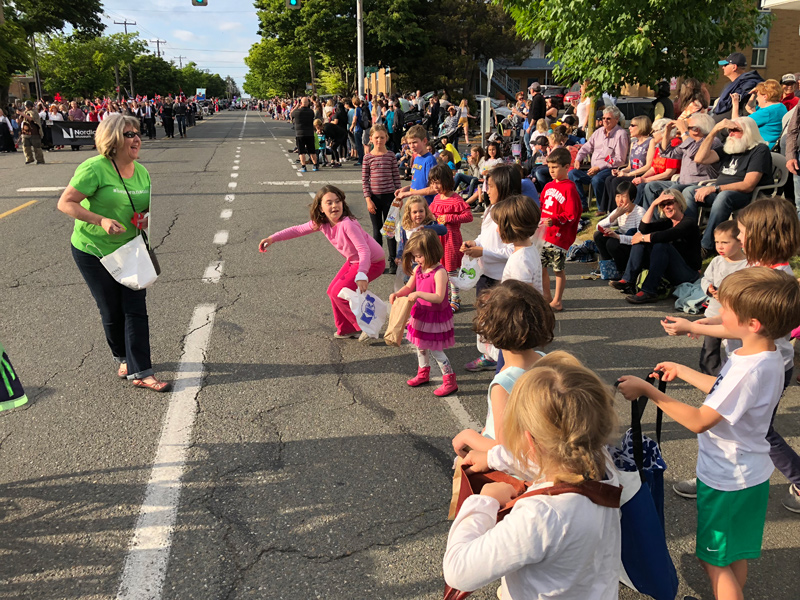 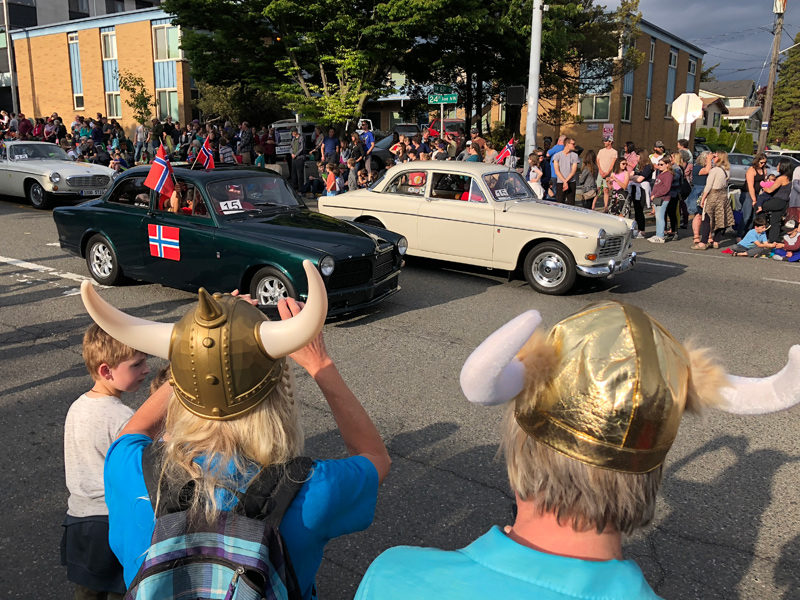 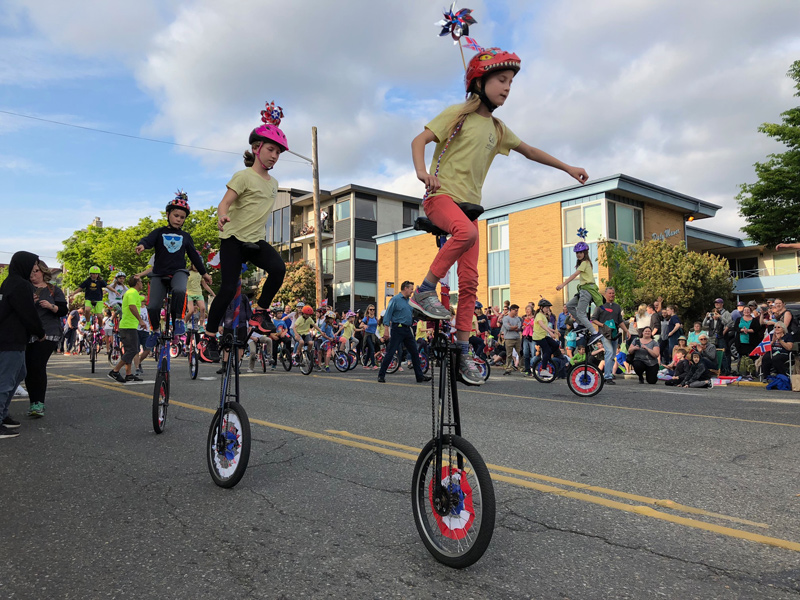 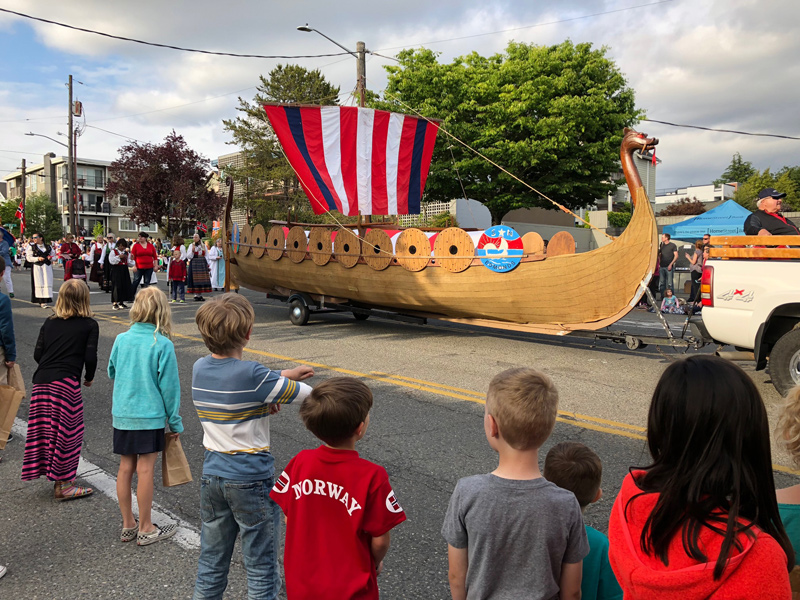 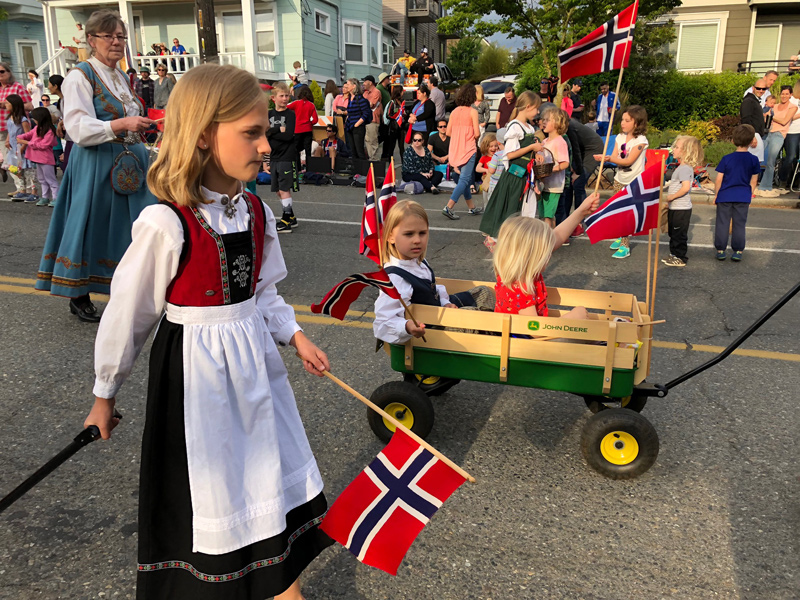 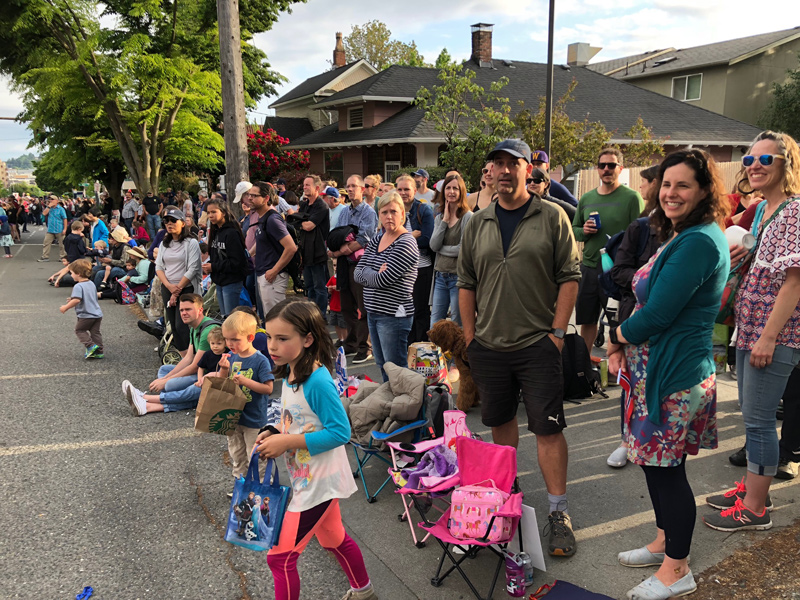 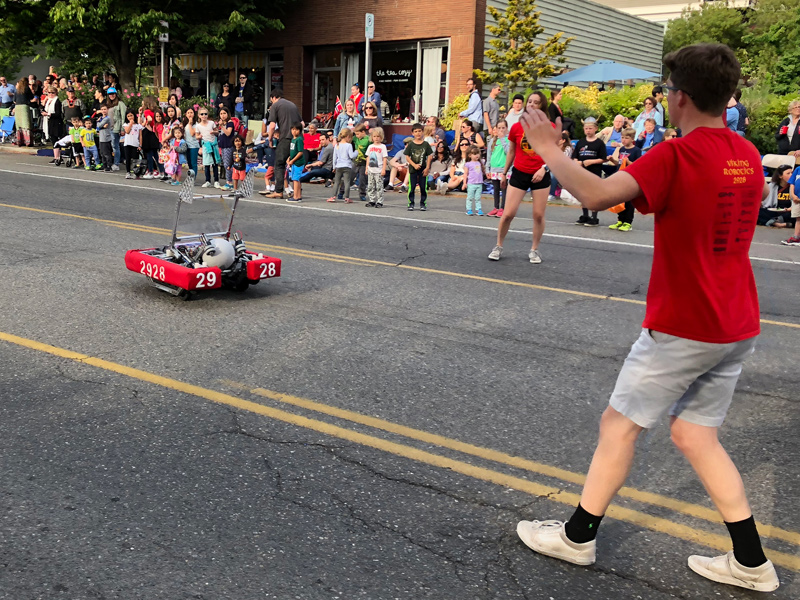 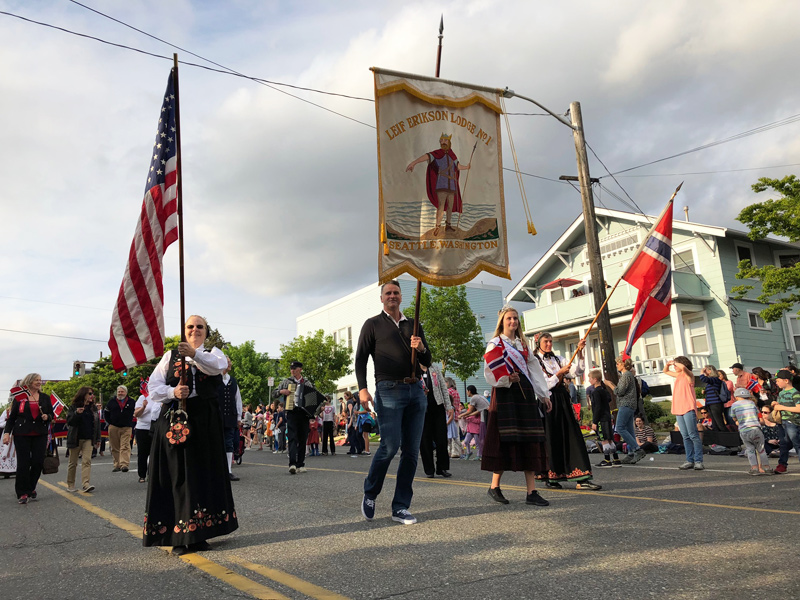 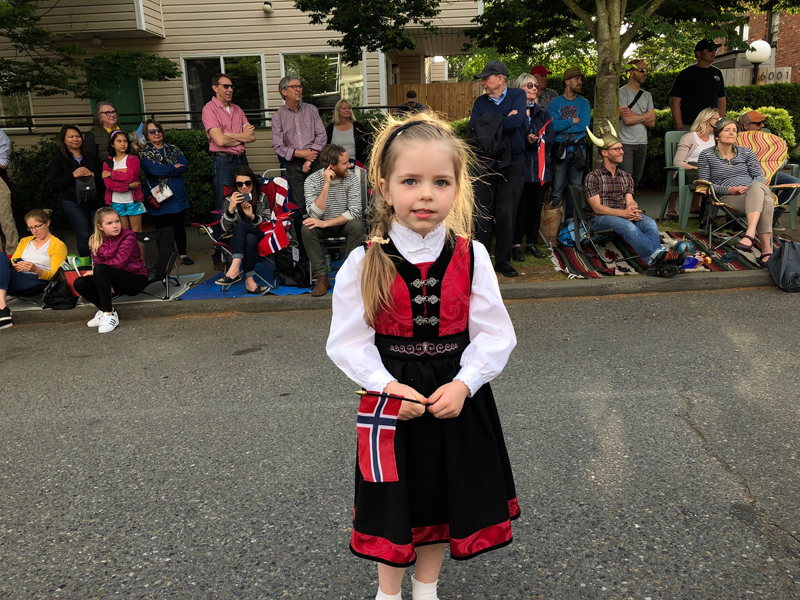 The Ballard High School Band, the police on motorcycles and the Norwegian Men’s and Women’s Choirs won my blue Syttende Mai ribbons. Bravo to everyone. TUSEN TAKK!!!

First time I saw a cop in Ballard in years!

No sign of Weepy Mike O’Brien? Too afraid of his own constituents these days.

I love looking at all the photos. Thanks to all who posted.

Agreed! Then in today’s Seattle times article on the transportation committee he is chair of, he doesn’t even make a comment.

All I know is that if I were to see him on the street, I really would walk up to him – and in a very respectful manner – tell him all the negative effects his leadership has brought to me and my family, and that I look forward to donating to his challenger.

I hope we get an acceptable challenger. I voted for wheatbrook- but was not too impressed with her the one time I heard her speak to be honest. I also hope that whoever runs against O’Brian is a moderate democrat, and not some angry republican. There is just no way a republican could win a council seat in Seattle.

O’Brien will never show his face again in Ballard at a major event like Syettende Mai. He is hoping all of his constituents read The Stranger and bury their heads in the sand.

Matt Lincecum is an easy choice as the replacement for O’Brien and we need a business owner with a legal background on the council. He also ticks all the boxes on sustainability and environmental concerns.

Even if he doesn’t run we should all just put him in as a write-in.

Did anyone else notice the flags outside the kangaroo and kiwi were icelandic flags?

Read the comments to Stranger articles on any issue where O’Brien has come to public attention. With the exception of a few reliably doctrinaire comments, they run sharply critical of policies he so proudly ‘advocates’ (at no expense to his personal convenience, of course.) On homelessness policy, RV camping, “No Youth Jail”…the very population you’d expect would be supportive of Mike’s oh-so-woke virtue signaling, isn’t lining up behind him.

When Mike’s lost the “Stranger”…