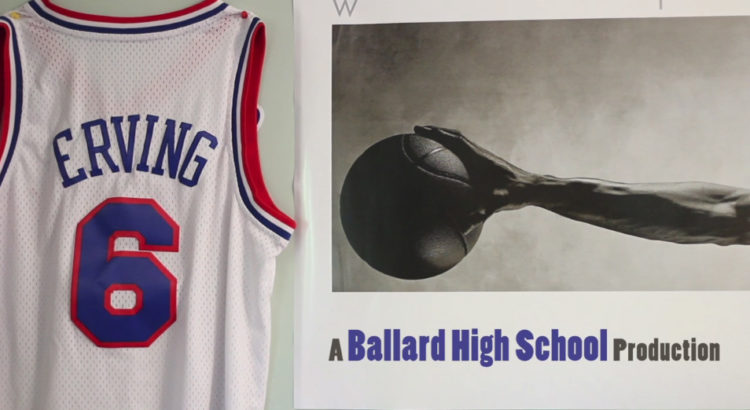 You can see some of the nominated work online, including Paul, Dark and Handsome and Richard.

The winners will be announced on June 9 at the 55th Annual Northwest Emmy Awards.

Meanwhile, BHS students are planning to show some of their best work at the upcoming Ballard Film Festival on Saturday, June 16 at 7 p.m. in the Ballard High School auditorium (see the poster here). Tickets are $10 for adults and $5 for students — sold at the door — and all proceeds benefit students in the Digital Filmmaking Program.

Probably won’t be able to get through the doors with all the tents in front of there.

So when I caught wind of Classist Seattle giving Safe Seattle a taste of their own medicine, which is to say, giving Harley Lever a taste of his own medicine, it was the first time I’d ever really gotten a sample of what Harley’s comment posting style is. His cadence, his word choice, his sentence structure. Most of all, his fractured logic, like the way he uses violence against women as his shield against having a picture of his apartment published. It’s the kind of thing that only makes sense if you’re a Trumper, or the sockmaster who posts 45 times a day at myballard.

There’s just not that many people on Earth whose minds are capable of leaping from a high school filmmaking award to whining about homeless people’s tents. But if your mind is bent enough, it makes logical sense. I always kind of suspected the Socky McSockpuppeteer was somebody from that Safe Seattle gang, but I didn’t sit around reading online comments to suss out which one’s text style matched. Now I know.

Hi, Harley. You are a terrible, terrible person. Does your mother know what you do?

wow. you are pretty nuts elenchos.

“Nuts”. Of course. Gaslighters gotta gaslight. Harley doesn’t have a job, you know. Who would have time to carry on flamewars all day long, on Facebook, Twitter, the Slog, Nextdoor, MyBallard, Reddit… and basically everywhere you can register an account, except a guy with no (real) job. Everybody else has a boss who will eventually wander by and ask you to stop shitposting and get some work done. Harley doesn’t have to work like everyone else. Anyone who doubts it can see the words side by side. Pick out any text samples you want from the obvious Safe Seattle socks (the alt-right nimbys, the homeless haters, anyone obsessed with Mike O’Brien or Kshama Sawant) on any of these forums, and compare that text with a verified Harley Lever rant. Same guy. One of Harley’s tics is his obsession with infantilizing and objectifying women. Any subject, and Harley will introduce defenseless women and girls who need big heroic men (like he wants you to think he is) to protect them. Anyone who disagrees with his alt-right neofascist agenda will be accused of endangering the flower of “our” feminine, well, you know, property. When you see some random sock on a Seattle… Read more »

Elenchos, i’m glad you’re safe, as i’d heard you were mixed up in a scuffle on Alki the other day. It got vibrant. The ghost hunting is pretty good at Martha Washington Park. Maybe you should have a go!

Also all the homeless junkies don’t have jobs.

Hey, Elenchos, remember when that junkie burglar ran into BHS and they had a lock down emergency scenario involving massive police resulting in a disruption of the entire school day costing God knows how much?

Yeah, I know you guys have very short memories.

Good MORNING Harley! Looks like you got your bathrobe on and you’re here at “work” bright and early. Every time you put your foot in it, you supply us with another example of your compulsive behavior. Here is your brain at work: 1. High School video award -> Tents on the lawn. Tents! In your mind, that makes sense. 2. Compared with other examples of your “thinking”, if you want to call it thinking, we can see that all these off-topic sock posts are from one guy. You, Harley. And that makes you think of -> This mornings police blotter! And the police chased a guy last month! What does any of this have to do with anything? It doesn’t. But in Harley’s mind, the dots connect. Every time you see a post like this, where the topic shifts wildly and he somehow ties snow tires to armed robbery, or connects cheese puffs to car theft, or thinks Mary Poppins is related to junkies, that’s Harley Lever. Stop pretending, Harley. We see you. Everyone knows where you live, too, but that’s just your hilarious comeuppance. But we do see you, and we know it’s you. Using all these fake names… Read more »

I’m not Harley Lever, whomever he is. Try opening up an window in your RV or the flap on your tent, you’re low on fresh air.

You doxxed yourself ages ago, genius. You’ve filed so many public documents that by now it’s trivial for anyone to know as much about you as they care to. This is why you going bananas, documenting violent threats by you in your real name, all because of a Google street view pic is SOOOOO hilarious. That horse left the barn long ago, Harley, and you’re the one who left the barn door open. And now you’re mad. LOL It’s notable here in this comment what you’re doing: drying to drag a third party into this, someone you have obsessively harassed and threatened for years. Why? Again, no connection whatsoever to a high school film award, or to your sockpuppetry, or to anything. It’s just the classic Harley Lever deflection tactic: pull something totally random out of left field and try to make it about that. Not totally random: you prefer to target women, while pretending to somehow be a defender of women, because you yourself are an abuser and bully of women. You prefer to make it about addiction because you yourself are addicted. You prefer to attack people for not having a job when you yourself don’t have a… Read more »

My views aren’t that crazy. I just think the women on the city council should be arrested and the homeless run out of town. Do you like being governed by these “women” who are trying to turn the city into a third (or 4th) world country.

Using “woman” as a slur to denigrate the men on the city council you disagree with is a perfect example of your deep rooted misogyny. You’re a hate monger who creates hate groups. Own it, ya big baby.

I just love this PC Culture. Describing the differences between men and women = misogyny.

So sockpuppet is the delusional owner of “Safe Seattle”, which is basically 95% repostings of sensationalist MyNorthwest articles. He did claim he was better than the homeless, because he has a “job”, and there we have it!

Looking forward to your next political campaign, Mr. Lever!

Who is Harley Lever, and why should any of us care? Half (or more) of the city is sick of this lunacy, Truthy.

Almost all of the City is sick of you attempting to disrupt any progress being made (except apparently the ~2,000 votes you got for the mayoral primary), for no reason than to inflate your delusional ego.

Keep it up though! You and your hundred or so crazies are the best thing to happen to O’Brien and Sawant’s reelection hopes since the Council districts were implemented.

Somebody should invent a machine where you can go and type “Who is Harley Lever?” and it will tell you who Harley Lever is. They’d make a million bucks.