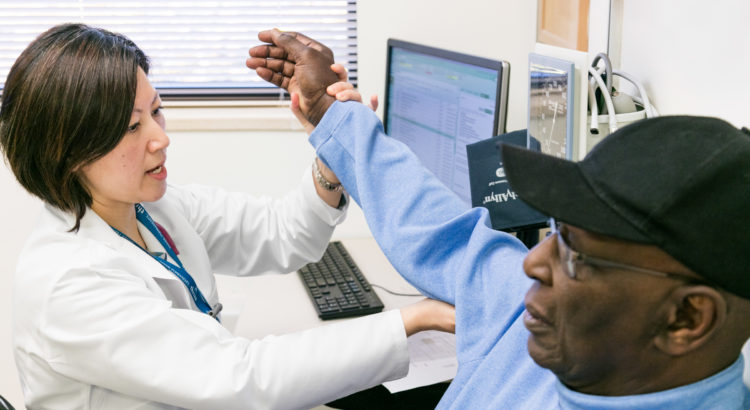 Kaiser Permanente has announced plans to open up five new clinics in the region, one of which will be in Ballard. The healthcare company hasn’t released the location of the new clinic; they’re hoping to finalize a lease by the end of October.

Kaiser Permanente spokesperson Julie Popper tells My Ballard that the Ballard clinic will be more or less tailored to what their Ballard members need. “We have thousands of members in Ballard, so we’re able to have conversations with members and providers about what folks in Ballard are looking for,” Popper says. She says they’ll have a handful of physicians on site, and while it won’t be a full-scale specialty hub like they have in Capitol Hill, there will likely* be a pharmacy and a lab at the Ballard location.

The other locations being opened will be in Gig Harbor, West Olympia, Smokey Point, and South Lake Union. Popper says the Ballard location should be open by late 2019.

* Corrected: Kaiser Permanente hasn’t yet finalized whether they’ll have a pharmacy at the Ballard clinic.

The urban hellscape of Ballard has gotten this bad. First the cesspool had spread to the point that Target came in on the heels of a dozen new apartment buildings, joining New Seasons and Trader Joes and PCC. Now it’s reached the point that Kaiser Permanente opening up a clinic? Even if the city woke up and did a U-turn, it’s too late to restore the smoking crater of Ballard…

LOL. I can’t go on. Imagine a world where you could comment online on resolving neighborhood issues in non-apocalyptic language? Like normal people talk?

Dennis, healthcare is important to everyone. I’m glad to see this clinic arrive. Imagine someone fell off their motorcycle, or other such accident. Having care nearby is critical.

I think you want me to acknowledge that you made up a half dozen new screen names over the last few days, and have been on a tear posting about soy and liberalism. So yes, I did see what you did. It’s all gibberish and I don’t have any other response than that. You do seem to have a new theory that I’m not ECB and I’m not Mike O’Brien. So there’s that. I don’t know why it’s important to you to unmask me. Based on past behavior, your goal is doxing, harassment, and all that. So now you’re throwing a new name around. One of the campers in a a park or RV? Don’t know. Don’t care. Good luck with that. Nothing but gibberish to me.

All I can suggest is get a new hobby? It would do you good. Go outside. But who am I kidding? You’ll be hard at this for a good week before some other shiny object appears to you.

P.S. You are boring.

Can we delete these troll comments? They aren’t even relevant to the article at hand.

Lex, Jeff Gordon, Concerned Ballard Millennial…how many socks do you have? Enough for a shoe store, I suspect.

What? Why are you bringing me into this?

Oh Dennis. Such a brat.

I’m confused, this is just some article about a clinic opening up. Why is this person going on a rant?

Guest
The Future is Soymale

Hey elenchos, I guess this is good news for you. Now you won’t have to travel so far with your sex offender junkie buddies so they can get their meds.

what the heck is wrong with you? day drinking again erica?

needles,,,did somebody say needles. Now can we get back to the point?

Let’s hope they will have adequate PARKING! Many who visit such facilities must drive or be driven. Seattle codes have been gutted by and for interest groups who resent this fact so Kaiser should be guided by the needs of its clientele not urbanist dogma.

Urbanists are all commies, I hear. Except, for some reason, when it comes to parking, of all things.

If it’s parking, then your urbanists are the only ones who trust the law of supply and demand to sort it out. Parking’s an emotional issue. I guess you can’t compare it to anything except sports stadiums. Rock ribbed free market capitalist Goldwater Republicans threatening to go Galt any minute suddenly talk like Che Guevara when it comes to parking and sportsball megaprojects.

I usually park on 16th Ave NW. Plenty of parking there.

Smug and sarcastic. Get a crutch, or a cane, or a walker, of all things.
Che Guevara on parking? Seriously? Maybe you would prefer Kim Jong-un’s approach to parking. He does have a fine sports stadium!

So you think Kaiser’s prospective clients are too stupid to decide for themselves whether or not that’s a good company to do business with? Kaiser is in the healthcare biz. They know better than anyone what their potential customers’ needs are. Why do they need the City of Seattle telling them how many parking spaces they need to build to serve the the Kaiser Permanente customer base?

It seems like if they build like 10 parking spaces and they’re always full and a lot of elderly and disabled people have park five blocks away and walk,, they will say, “Kaiser sucks balls! Screw them, we’re going to Polyclinic!” Does Kaiser need the City Council to anticipate these issues for them? Or have they not been in the health care business long enough to know for themselves amenities their facility will need?

No, I don’t think Kaiser’s prospective clients are stupid. Mischarecterization of others’ thoughts is a cheap-sh*t way to get the trolls on your side.
I suspect that Kaiser planners and others read these. I’m trying to encourage Kaiser to disregard municipal parking codes as unrealistic and ideological. Probably they’re doing that anyway, and are bemused at the sports stadium analogy.

Great! You agree with me that the market can decide how many parking spaces new construction needs. No need for a law require a minimum number of spaces even when customers are unwilling to pay for them.

So why are you picking a fight with me? We both agree that Kaiser should be free to build however many, or few, spaces their customers demand. You can suggest they build more or fewer without attacking me for merely pointing out how ironic and contradictory it is for quote conservatives unquote to support government parking minimums over the wisdom of the market.

I didn’t pick a fight with you. Go back and see what I wrote first and how you responded to it.
Are you sure Kaiser is building anything here? Or are they leasing and remodeling space which already exists and has some parking? The article suggests the latter.
At least we agree that supply/demand ought to be the dominant consideration in commercial parking. The newer codes are less into that. Parking maximums are a Mike O’ Brien / Rob Johnson / Mike McGinn idea, an ageist/ableist planner fantasy IMHO.

Maximums? What? A code limiting the maximum number of parking spaces they can build? Where? When?

I, for one, will value being able to walk there!

How nice for you. The location hasn’t been announced.

Given the ranting on this particular subject, perhaps a new clinic and new doctors will be able to help elenchos balance out her meds. I fear the ones she currently use have left her a rambling lunatic. Just a few more steps down the ladder to gibbering homeless weirdo!

@ Homeless: that person has a real disorder. It’s called liberalism. The cure is a tough pill to swallow too! I tell ya, some people’s kids.

The only cure for anything in Seattle is MORE TAXES.

I’m not sure that’s working. Maybe we can try something different?

Nothing wrong with being a liberal. There’s a difference between liberal and progressive. Liberals want human rights, reproductive rights, less racial profiling, and common sense, among other things. Progressives take these ideals to an extreme that is akin to the far-right’s version of the Tea Party. IDK, maybe we could call them the Soy Party?

15 Beware of false prophets, who come to you in sheep’s clothing, but inwardly they are ravenous wolves. 16 You will know them by their fruits. Do men gather grapes from thornbushes or figs from thistles? 17 Even so, every good tree bears good fruit, but a bad tree bears bad fruit. 18 A good tree cannot bear bad fruit, nor can a bad tree bear good fruit. 19 Every tree that does not bear good fruit is cut down and thrown into the fire. 20 Therefore by their fruits you will know them. – Matthew 7:15-20

I know Scripture causes most progs to burst into flames, but maybe this will help the confused among us to better understand why the city is a disgusting, corrupt mess – like other Far Left cities.

Not sure how a bible verse equates to a Progressive ideology. Don’t most Progressives reject religious dogma as the thinking of the ‘far right’?

Most in this city are progs. I am not one, however, I was hoping to help my confused fellow Seattleites understand why things get progressively (heh) worse no matter how much is spent on any given, self created, problem. I could quote Locke, Hobbes, Milton, or even Shakespeare but that would also be downvoted and/or ignored even though many poets and thinkers have echoed similar sentiments.

Well, back to the topic:. I’m with Kaiser and very much look forward to this clinic coming to Ballard.