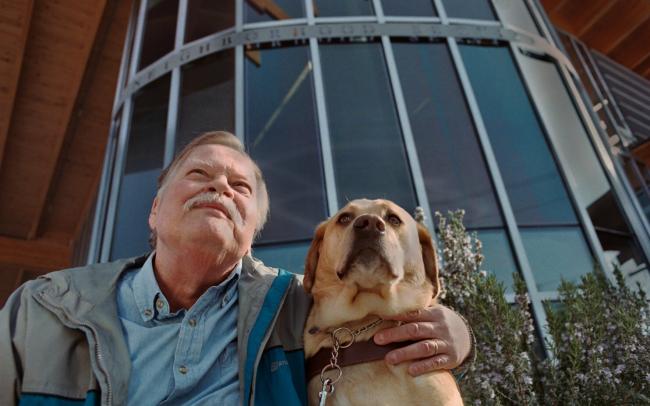 We’re sorry to share the news that Rob Mattson, former longtime coordinator for the Ballard District Council and unofficial “Mayor of Ballard” has passed away at the age of 69. He retired from the council in 2013 and moved to Oak Harbor, where he’s lived for the past five years.

Mattson worked for the city for over 40 years, and spent most of that time as the city’s representative to Ballard and other nearby neighborhoods. When the Ballard District Council formed in 1988, he was at the forefront, always present at the monthly meetings. His service to the council and Ballard cannot be understated, and his views on Ballard were of the old-school, if you will.

In an interview with The Ballard News-Tribune when he retired, Mattson scoffed at a then-recent USA Today article that named Ballard as one of the best destinations tourists hadn’t heard of yet.

“You read that kind of stuff as an old timer and you think: Some carpetbagger is writing a new script for this neighborhood. Young, hip, cool. Part of me wants to sort of reject that and say ‘No. No, that’s not Ballard. A few cool bars does not define Ballard.”

Rather, Mattson told The Ballard News-Tribune that he saw Ballard as a “complex neighborhood”, full of tradition and history.

“There’s no place my father holds more dearly than Ballard,” his son Jason Mattson says. He shared the following obituary with My Ballard:

Born March 8, 1949 in Mankato, MN, he was the son of Dr. Bruce Douglas and Mary Lou Neely Mattson.

Rob’s legacy is defined by his extraordinary service to the community, dedication to his family and refusal to let blindness stop him from doing anything.

In his professional life, Rob was the first Neighborhood District Coordinator for the Ballard neighborhood when the “Little City Hall” program started – 46 years ago.  He mentored many of the Coordinators and set the bar high for accountability from City employees.  Ballard neighbors and businesses depended on him and always knew they could call Rob and get a thorough, researched, balanced answer.  He loved the work and it showed.  He helped the city effort to accommodate the needs of the homeless and then turned to coordinate the visits of Gustav of Sweden and Olaf of Norway. When he retired in 2013, members of the business community and residents roasted and toasted their “Mayor of Ballard”.

Rob was well read, cerebral, and a strong leader, but he also enjoyed getting dirty and taking chances.  One fall morning his brother came to pick up Rob and his boat to go fishing in Shilshole Bay.  He told Rob it was so foggy that you couldn’t see anything, to which Rob responded: “So what?! Let’s go!”.  A professional tinkerer, he owned numerous cars and boats over the years.  His last was a 26-foot Columbia sailboat that he kept moored at the Oak Harbor Marina.  As a lifelong fisherman, Rob was adept at rigging for salmon trolling.  He loved getting together with his brothers for repairs and projects of all kinds, always coming prepared with tools, electronic equipment and plenty of enthusiasm.

Rob had an adventurous spirit, a tenacious desire to try new things, and an infectious laugh.  He taught his children a strong work ethic, the importance of spending time with family, and to focus on love and compassion in the face of adversity.  He will be missed dearly.

I am so sorry to hear of Rob’s passing. He was such a wonderful presence in our community. Always welcoming and helpful and constructive. I missed him when he retired and am sad that he has gone.

Lol. Its either the man with the afro or the infamous Joel Romeo.

That’s Mr. President to you. He’s a man of hiiiiiiigh standing in these parts.

I thought Afro Guy was a Hendrix brother.

Me, too. The skinny guy with the big, white afro — the one the kids call “Q-Tip.”

Sad. I rode the bus with him for years…way back when he still had Feldon.

Rob guided me through communications with Seattle City Parks, Seattle Mayor’s office and introduced me to people who could help me with Bergen Place and its development. He was with me in controversy and celebration times. I was very sad when he moved and retired, but happy he was able to do things he loved, hopefully without all the stress of politics. I remember him with great fondness and respect. This article is well written. Thank you. Prayers for his family. May he Rest In Peace.

Rob left a lasting legacy in Ballard, always ready to help with great information and connections. He is and will be missed. My heart goes out to his family.

Did he kayak in Elliot Bay to save the planet? That’s what true Ballardites worry about.

Like countless others, I worked with Rob for many years and we shared a love of Ballard. We were not always in agreement on other things, but he was always professional and reliable. Best wishes to his family and dog.

My family was blessed to be Rob and Mary’s next door neighbors before he retired and they left Ballard. We enjoyed Robs spirit for life, including climbing trees to trim them with a chainsaw and edging his yard with a steak knife. We lost them after they moved but often wondered about how they were doing. He is missed by the Brown family.

Does Robs dog need a home?

why would people vote down concern for Rob’s dog?

Hey Scott, thanks for checking. Ty was adopted by one of Rob’s children.

I worked with Rob for 12 years when I was the ED of the Ballard Chamber. He was a friend, an advisor, a co-conspirator and someone I admired very much. To me, he was Ballard. Many will never know how hard he worked to make ours a better community. I am so sad to hear of his death. He was one of the special ones. My love to his family and to Ty.

Rob Matson was one of a kind. He was there for so many community building opportunities, one of which was the park on 14th Ave NW, Gemenskap Park. We were hoping that he’d be there for the opening celebration and will be sorely missed. Thank you Rob for helping to fan that spark.

Growing up next door to Rob in Mankato I looked up to him for his kindness, leadership, amazing intellect, and ability to model personality & behavior which effectively denied the lack of great sight as a handicap. We loved spending time with Rob and the Mattsons growing up. Warmest regard to his family and all the fine memories he undoubtedly left behind.

Rob and Mary moved into the house next to my family after arriving in Seattle. Rob knew me by my family nickname “Sherry” and always called me that, even after we became work colleagues. He was never shy about calling to see what I could do to help him with a Ballard issue. Rest in peace, Rob. I’ll miss you.

I’m sorry to hear that Rob passed away. His wife Mary was my eldest son’s one and only “daycare mom.” What a great guy, and a wonderful family man.