Local electric bike company, Rad Power Bikes, is about to shift into a big new industrial building in east Ballard.* 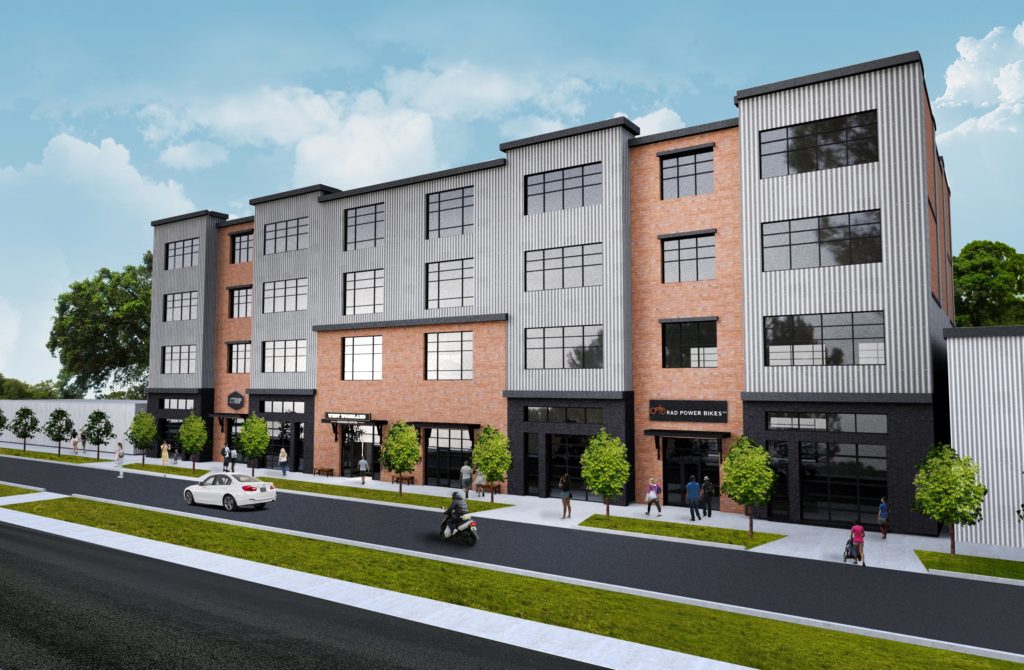 Rad’s new location will be in the new West Woodland Business Center (1128 NW 52nd St), where they’ve leased 26,457 square feet of the 4-story, 72,000 sq. ft. industrial building, and plan to both manufacture and sell their bikes there. The company has almost doubled their output since they launched in 2015, and have outgrown their multiple Ballard locations. They’re currently leasing three locations — an office, a retail store, and a warehouse.

“Our company has grown so fast that we’ve had to move locations three times within the past three years, but still needed a more permanent home that fit our team, operations and culture,” Mike Radenbaugh, Co-Founder and CEO of Rad Power Bikes said. “We finally have a space that is built around us, and not the other way around.”

Rad will take over the new space in January 2019.

*An earlier version of this story referred to east Ballard as West Woodland. We’ve changed it to “east Ballard” to avoid confusion.

Congrats on the success Mike and the Rad Team!

I don’t see any RVs in that artist rendering.

Those are nice mopeds.

What are these things costing? And being these brave people feel they’re now an automobile, and are faster in many cases, shouldn’t these be regulated, taxed and licensed? After all, most here are big government folks, who seem to love big daddy picking the winners/losers. Plus the revenue stream would mean more $$ rolling into local coffers, perhaps fending off an income tax and or worse. Pay to play is the name or the game.

So are these the people we thank for unleashing a maelstrom of illegal electric bikes on our trails? I love how they took the Uber approach: openly defy the law and force the local governments to negotiate.

Hey, I’m in terrible shape and want to go at near-motorcycle speeds on the bike trail. Do you have any products I might be interested in? I already bought a fat bike with tires like a toddler’s toy, so I might want to upgrade to an absurdly expensive e-bike.

Your new building is gorgeous! Reminds me of the old Burger King on Market and 15th.

Great news! Maybe this will lessen the amount of rad bikes cruising down Market St. on the sidewalks doing 20mph. Buy AMERICAN not Chinese! Congrats though on being successful. I wish I could afford one of these bikes actually, but I’d buy one made in the USA.