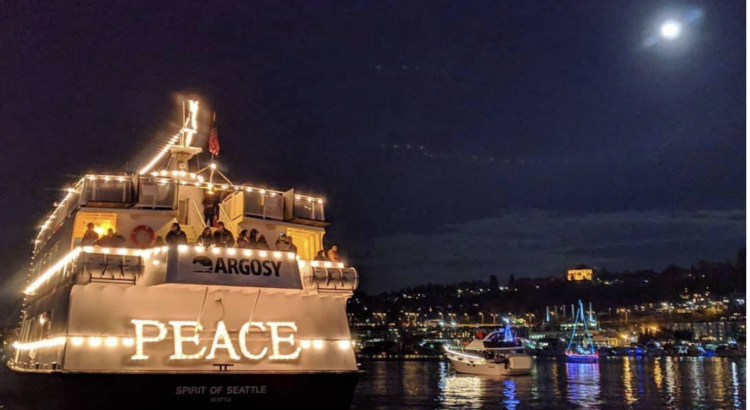 The annual Christmas Ships parade will be making its way around Ballard on Dec. 15.

Organized by Argosy Cruises, the parade will start from Shilshole Marina at 2pm, and make its way to the Ballard Locks for a 3:10pm performance featuring the Emerald City Voices. Then, the boats will make a U-turn and head back through the Locks and over to Golden Gardens, where there will be a second performance at 3:50pm.

Here’s a photo from last year’s parade through the Ballard Locks:

The performances are 20-minute concerts, which are broadcast to the surrounding boats and people onshore. The Golden Gardens viewing will likely include bonfires — BYO hot chocolate.

For the full map of the Ballard parade route, click here.

Ahoy there mateys! Shouldn’t we be sayin’ ‘Holiday’ Ships like? The Kwanzaa Yacht! The Hannukah Skiff! Thar Festivus Ferry! Multi-culti boats, says I!