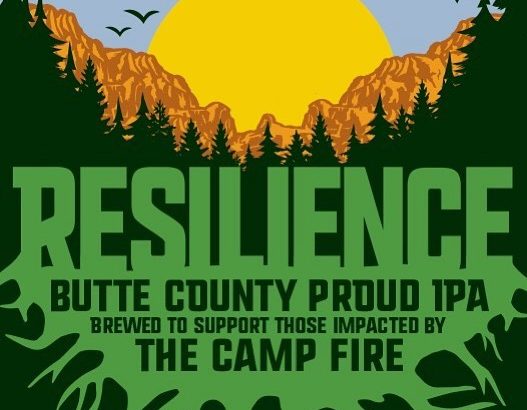 Over a thousand breweries around the country are brewing a special IPA to raise money for California wildfire victims, and two Ballard breweries have joined in.

Ballard’s Stoup Brewing has just tapped their first keg of Resilience IPA this week, joining Lucky Envelope in the fundraiser, initiated by Chico-based Sierra Nevada Brewing in the wake of the fire that devastated the small town of Paradise, California last month.

“We sent out the “bat signal” calling our friends in the industry, asking our suppliers to donate ingredients, asking other breweries (our competitors) to donate their time and labor costs, and asking our wholesalers and retailers to carry the beer for free,” the California brewery wrote on their website. “It was a big ask, and we never could have anticipated the response.”

The response was phenomenal, with 1,400 breweries signing on around the country to brew the beer. Each brewery is sent the recipe and ingredients, and brews their own version of the IPA.

Sierra Nevada says they estimate that 17,000 barrels — 4.2 million pints — will be brewed around the country.

Lucky Envelope tapped their first Resilience keg last week. At 6.9% ABV and 50 IBU, they say it’s a “deliciously classic IPA brewed with Cascade and Centennial hops for loads of pine and grapefruit peel character.” It’s available on draft only, and all proceeds will go to Sierra Nevada.

I think Obec is also brewing one.