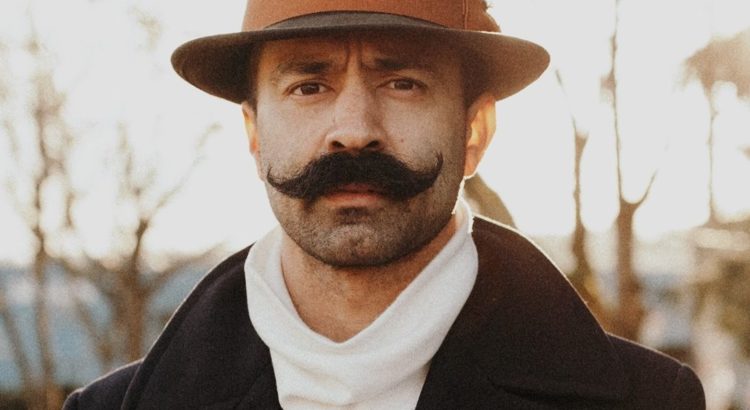 Sergio Garcia, a police officer who works in Ballard, has just announced his plans to run for Seattle City Council District 6.

Garcia is the fifth candidate to put in his bid for Mike O’Brien’s seat. He’s originally from Miami — his parents immigrated from Honduras, and his wife, from Brazil.

“The Seattle Police Department hired me, in part for my zeal to be part of this wonderful and thriving community,” Garcia writes in his campaign announcement. “I love the city’s charm, its natural integration with the surrounding Puget Sound’s beauty, and its progressive approach towards a better quality of life.”

He says he was drawn to Seattle for its cultural openness, progressive values, and proximity to nature.

“I was also attracted by the willingness of the voters here to adopt innovative new approaches to governance and civil society in order to create a better quality of life for everyone including immigrant, refugee and LGBTQ communities,” he writes.

Before coming to Seattle, Garcia worked as police officer in Miami for a decade.

“Working as a police officer, I have seen firsthand the challenges we face in D6; their root causes, what is working, and what isn’t working,” Garcia writes. “I am running for a single simple reason, to improve the quality of life for everyone in our community by taking a balanced approach to representative governance that ensures no one is shut out, shouted down or ignored. I moved here to start a family and set down roots. The community I see today is fractured, angry and off track.”

Garcia plans to highlight three issues that will be the focal points of his campaign: homelessness, affordable housing, and public safety. He says he’ll be sharing his ideas in the coming months on Facebook and Instagram.

You have my Vote!

Uh oh.
Those two words…public safety! That’s going to cost him the lefty nit twit vote.
The ‘stache though, a clear winner. Beats Kshama’s by a mile 😃😎

Please show us on this doll where the “leftists” hurt you.

Which part of the doll represents obscene taxes, enabling/subsidizing criminals, censorship, ruination of neighborhoods, and endless virtue signalling at the expense of anything and everything?

That part of the doll.

Uncle Buck,
How many women have restraining orders against you? Is it a lot? I bet it’s a lot.

Sergio’s a cool guy. He’ll definitely have my attention as I research who to ultimately support.

Didn’t he get the memo?
Future is female, and in Seattle cishet white males verboten! Wait, is he latinx or white or Hispanic or what is it this week, Progressives? You guys never stop talking about race and sex and always change the terms each week so I can’t keep up. If he’s gay and he’s running on that alone, LAME – which is too bad because I believe in best candidate on PERFORMANCE not SEX OR RACE UNLIKE SEATTLE LIBERALS.

The cognitive dissonance is STONG in Garcia. He moved here for the soy diversity parade but now sees a “fractured” community – which is the result of the soy commie rainbow sanctuary tax machine. Wake up, Dude. This is what liberalism looks like.

Anyway he’s probably a good candidate but lacks the requisite soy, guilt, and cat dander to get elected here. In other news, Turdeau’s falafel is on the chopping block in Canada for helping some firm settle dirty deals done in Libya. Comedy!

Go outside and play… FFS.

“Garcia writes. “I am running for a single simple reason, to improve the quality of life for everyone in our community by taking a balanced approach to representative governance that ensures no one is shut out, shouted down or ignored. I moved here to start a family and set down roots. The community I see today is fractured, angry and off track.”

he has my vote!

Sergio visits my work everyday, He is actually a bit of a creep and has a bad case of wandering eyes. Also For someone who claims to be LGBT+ friendly he looks and acts rather uncomfortable around us. I’m interested about what his official policies will look like but I predict he’s just going to back regressive policies against homeless or disfranchised peoples which wouldn’t solve anything but make all our old bigots happy. The SPD is not an organization I would call effective or in touch. So I hope you prove me wrong Serg, or lose.

Shoot your shot then. Because your not going to change opinions with that effort.

Except you assume I want to waste a minute of my time trying to change the opinion of some anonymous shit poster, putting up unsubstantiated and vague claims. Nope! You just keep on being you!

He has “wandering eyes” around LGBT folks? Dream on.

The part about creepy is 100 – he literally parks (haven’t noticed him as of late) in front of OAC in his patrol suv, and ogle women as they walk in/out. I saw him doing it on multiple occasion. My sister saw him doing the same thing (to her). And we have talked to other OAC members that saw the same behavior. I can’t support him.