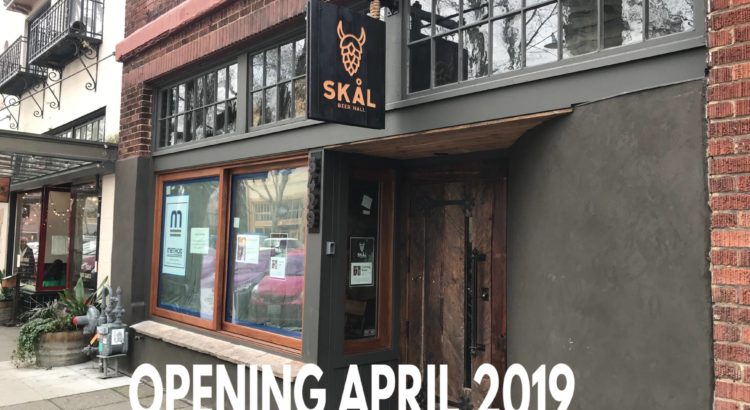 After a long renovation, Skål Beer Hall (5429 Ballard Ave NW) is getting ready to open their doors next month.

“Sound the horns! We are planning to officially open to the public in April,” the owners write on their Facebook page. They’ve had to put off their opening for months, after some unforeseen problems.

“In addition to the already-lengthy process for city approval, the beer hall is going into a historic building that hasn’t been significantly renovated in seventy years. Every time we take out a wall, we discover some fresh horror to be dealt with before we can move on,” owner Adam McQueen wrote in a newsletter late last year. “You thought Tom Hanks had it rough in the Money Pit? Enter us in this building.”

But now, they’re nearly ready: if their final inspections go well, they’ll be hosting a soft opening at the end of March for the mug club members, and hope to have their doors open to the public by the beginning of April.

Genuinely excited to try this place out. Sounds like a fun time! I’ll start practicing my Viking chant songs.