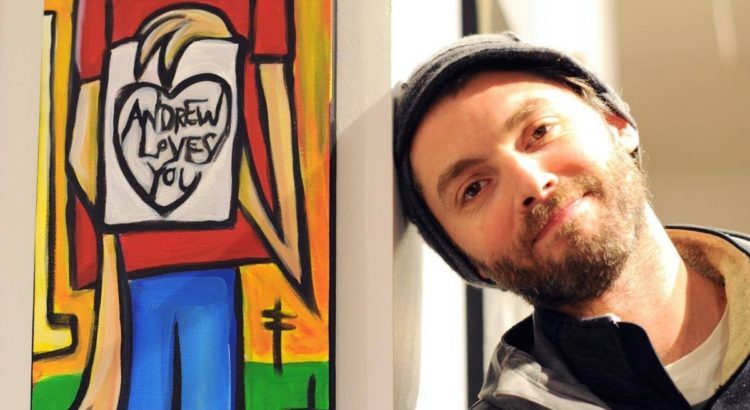 A local muralist is looking to bring some color and life to the concrete area below the Ballard Bridge.

Andrew Miller is an active local artist who has been involved in several community mural projects in Seattle. Ballard resident Erika Nagy has started a GoFundMe fundraiser to help cover costs for the mural. The goal is $15,000 — so far, in the two days since the campaign started, they’ve raised $300.

Here’s an excerpt from the campaign page:

Directly put, Andrew is a damn good human and artist, and his latest project is to build an expansive mural on all sides of the concrete portions underneath our very own Ballard Bridge. This is a huge undertaking, will take a lot of time and resources, but will help bring art and vibrancy to our area and will be enjoyed by so many on foot, on bikes and in cars.

Miller’s other projects include the Lake City Mural Project, in which he donated his time and materials and mentored young artists to create many murals for Lake City. He’s also painted murals for Camp Korey and other various business and residential areas around Seattle. After the Greenwood gas explosion, he painted murals in and around businesses who were impacted.

The mural under the Ballard Bridge would be around the concrete structure on all east and west sides of the ramps on and off the bridge at the intersection of 15th and Leary. Miller has submitted paperwork to finalize permits, and the mural project is currently awaiting city approval.

“As Andy would say, Ballard Loves You, and I personally would love if you can help bring his amazing art to the Ballard Bridge,” Nagy writes.

I’m surprised Durkan herself isn’t pushing this on her Twitter. He checks all the woke 2019 Seattle boxes.

Nope. As it happens I was involved with an art aficionado for many years, and this pedestrian public art is an insult to residents. Also, he’s clearly a racist because the figure behind him appears to be an evil white person. Can’t believe you would defend such a problematic artist.

Why don’t you propose a mural? It’d be a productive use of your time rather than trolling neighborhood blogs with your typical trash.

You – give the guy a break! He is trying to do something to enhance the quality of life in Ballard. What are you doing?

scared of change? Check
makes judgements about anyone not like him? Check
still bitching about everything and being a general cancer on our community? Check

I’m surprised Lil Bucky himself isn’t out doing positive things in our community. Oh wait…too busy being petty on MB.

Please let Andrew know that the only paint that will permanently adhere to concrete without peeling as time goes by is potassium silicate paint. The major brand of this is called KEIM. If he uses anything else you will need to budget for removal of peeling, flaking paint in the future.

I like the idea, but I think I’d like it even better if it were a multitude of different artists/styles. Ballard isn’t just one thing, let’s spread the art out to fit our vibrancy.

Props to Mayor Durkan for fencing off the Leary Way underpass areas which had been illegal tent encampments. She should be doing more of this but credit where it’s due.

BBB – I agree, however this young man is doing this as his project, maybe others could join in if the wanted.