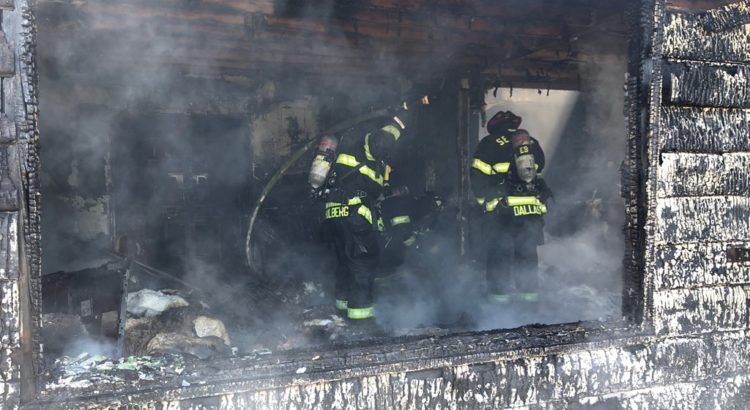 Updated: Firefighters raced to a blaze at a Fremont house in the 4100 block of Baker Ave. NW midday on Saturday.

Residents weren’t home at the time, but two dogs perished in the fire, which drew a large response of six engines and three ladder trucks. Damage appears to be rather extensive.

There’s no word on the cause of the blaze. (Photo from @SeattleFire).

Earlier: A large response of firefighters are contending with a house fire in the 4100 block of Baker Ave. NW in Fremont. Extra units have been called after the first units arrived.

Seattle Fire asks that you avoid the area.

Holy crap! I walk my dog past that house nearly every day.