Wildlife in Ballard: Great Blue Herons at the Locks – My Ballard Skip to main content 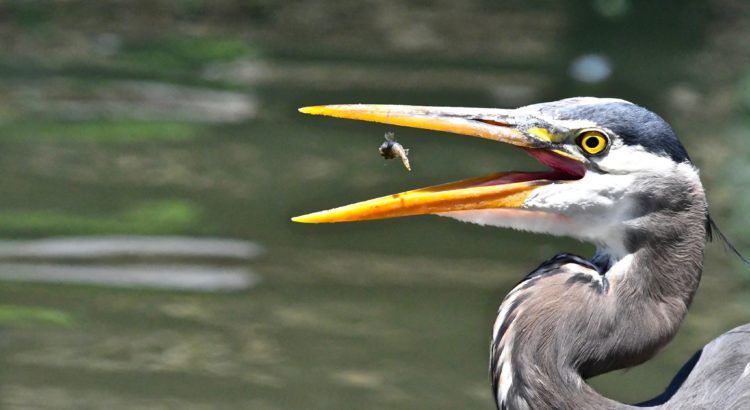 The Great Blue Heron nesting season at Commodore Park was one for the books, with over 45 nests in the trees high above the the Ballard Locks.

A local photographer, Jerry Simmons, has been watching the herons regularly at the Locks since the juveniles left the nest, and has captured some incredible images of the unofficial bird of Ballard.

Jerry, who regularly posts his photography in the My Ballard Group, says herons are his favorite bird, and are “just downright entertaining to watch”.

Jerry took the above photo of two heron parents in mid June. “They likely have three young ones and have themselves busy with parenting!”

“Cha Cha Cha!” Jerry writes. “This heron was putting the moves on and having fun.”

For more photos from Jerry, you can check out his Instagram page.

Thanks Jerry for sharing your photos with the community!

3 thoughts to “Wildlife in Ballard: Great Blue Herons at the Locks”