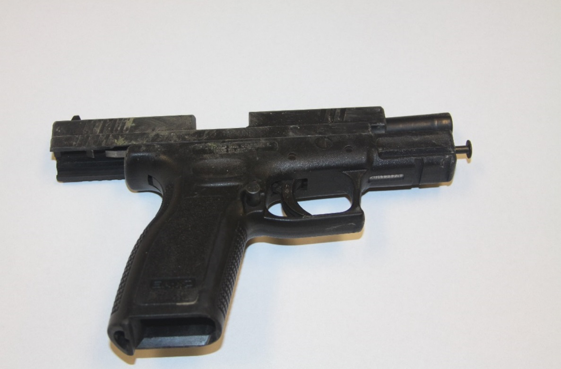 Three teenagers — two 14-year-olds and 16-year-old — have been arrested in connection with a series of armed robberies in both Ballard and Fremont.

The juveniles led police on a pursuit in south Seattle last weekend before officers arrested them in connection with both the robberies, two drive-by shootings, and a carjacking.

According to Seattle Police, the three teens committed three armed robberies on July 26th in Ballard and Fremont. In all three incidents, the suspects were similarly described and fled in a white Ford sedan. Police were unable to locate the sedan in the areas where the robberies occurred, but discovered that the vehicle was reported stolen in an armed carjacking in Renton on the previous day.

Detectives shared both the vehicle and suspect description with officers throughout the city.

Seattle Police say that on July 27th at 1:30am, there was a drive-by shooting in the 9900 block of 51st Avenue S. A young child had been hit by some shrapnel that had entered the house and sustained non-life-threatening injuries.

An hour after the second drive-by, officers located the Ford and began a pursuit. Police say the Ford was involved in two minor collisions, with the second crash disabling the vehicle on the northbound exit ramp to the West Seattle Bridge. The suspects tried to flee the scene but were apprehended by SPD officers and Washington State Patrol.

One of the suspects threw a handgun off the freeway ramp, but it was recovered by officers.

The three teens, two boys and a girl, were interviewed by detectives at police headquarters. The boys were booked into the Youth Services Center on a number of charges, and the girl was released pending further investigation.

Police say the investigation is ongoing, and are coordinating with other law enforcement agencies to see if the suspects are connected with any similar crimes elsewhere.