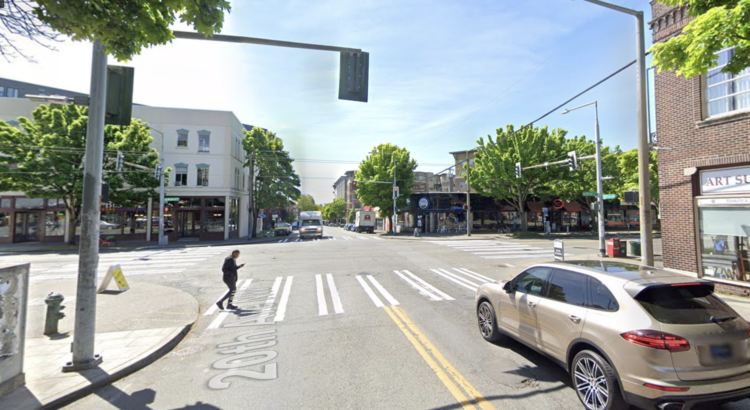 Ideas are in the works to bring a light rail tunnel right into the heart of Ballard — with a price tag of $450 million.

Sound Transit has just released another light rail alignment option (.pdf) that would dig a tunnel under downtown Ballard, with a station at 20th Ave NW and NW Market St.

The tunnel option under the Ship Canal with a 14th or 15th Ave alignment would add an estimated $350 million, while an elevated fixed bridge over Salmon Bay would come in at $100 million extra.

Though the tunnel idea has been popular among Ballard residents, some say a 14th or 15th Ave station would be too far from Ballard’s core. In response, Sound Transit has explored the 20th Ave alignment and station, determining that it would ring in at $450 million extra.

Here is the full list of alternatives currently in discussion for Interbay and Ballard:

City officials say they don’t yet know where the extra money would come from to pay for the alternatives — third-party funding will be necessary.

That’s exactly the kind of thing that has shot down transit since it should have been installed 50 years ago….the more you whine the more expensive it becomes and in another 50 years we will look at this like a grand bargain.

built it above ground

Start today by sending in more of YOUR hard earned money sport. Nobody is stopping you and others in your guilt here. And whining IS a Seattle/liberal thing. Haven’t you noticed? ST 3 is a money grabbing show. Valuing your car falsely based on MSRP is illegal and downright theft. Spending others money to the tune of 1 BILLION to make a few feel better, and for something many today will never see or use. Empowering government and forcing people to comply is hardly freedom. Those that sacrifice freedoms for a little security deserve neither.

Anyone wanna buy my house?

Hold on to it. If light rail ever goes through it will increase in value.

Now that’s some great logic right there pal. Instead of it gaining value due to the market forces and the remodeling done etc, you’re simply ready to hand this over to what government MIGHT do? Michael Moore 3rd grade logic.

The market forces here will be an increase in demand for residential housing in Ballard due to easier commutes, which will result in increased prices.

I can explain it to you, but I can’t understand it for you.

nice photo of a goober in a crosswalk staring at his phone…lol. “welp, i’m in a crosswalk so nothing bad can happen! no need to pay attention, i’ll just mosey through as slow as i can! yay me!”

To be fair, he’s crossing with the Walk sign while the car is stopped at the red light…

right, so nothing could ever, possibly happen where he may want to be, you know, paying attention to his surroundings?

As for crossing the street ….,you still need to look 360 cause you got those twinks and Keebler Elves on lime bikes that don’t obey traffic lights and bums on BMX bikes with a big back pack and plastic bags full of garbage !