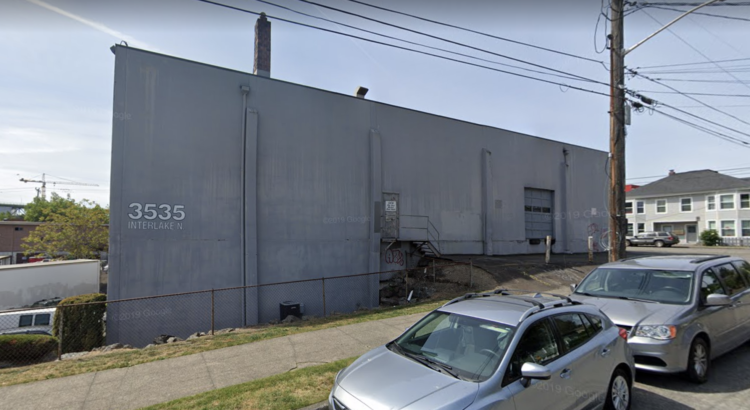 One of Seattle’s most popular climbing gyms has announced they plan to open a new location in Fremont.

Seattle Bouldering Project (SBP) opened nearly a decade ago in the Central District (900 Poplar Pl S) — it was the first bouldering-only gym in Seattle at the time (Momentum Indoor Climbing opened a bouldering gym in SODO last year).

Now, SBP says they’ve outgrown their walls on Poplar, and are constructing a new gym at 3535 Interlake Ave. N, which they expect to open in summer 2020.

“It will have everything we know and value about SBP; inspiring and inclusive climbing, movement, community space,” SBP wrote in an email to members.

“One exciting aspect of the Fremont location is that it encompasses a small satellite building one block due north of the main gym. It’s called the Upper Walls, and it will be a small bouldering haven, providing a connection to the roots and essentials of climbing.:”

The Upper Walls will be open as early as winter 2019, and will be members-only until the main gym opens next year.

Dude! That’s great news! Not only is it another gym to explore, but Stone Gardens and Vertical World are already super busy, so this should help share the rock climbing demand. Excited!

Try not to stain your panties, Millennial!

Aww, that’s a cute insult, you sound like a 10 year old on mommy and daddy’s computer. Probably time to finally grow up because trolling is obviously not something you’re good at.

Use our Clash of Clans Gems Generator Free
Click here