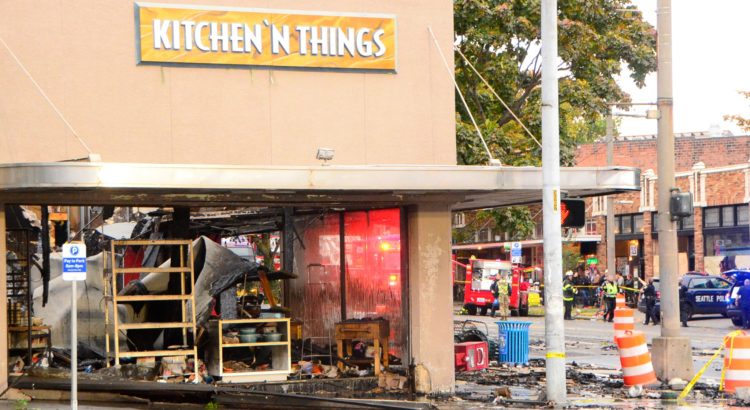 Seattle Fire has announced that yesterday’s 3-alarm fire was likely caused by overheated electrical between the ceiling and roof. However, the extent of damage and instability to the structure will prevent an official ruling.

Investigators say the fire started towards the back of the building at the northeast corner.

The firewall between the jewelry company and Pho restaurant prevented the fire from progressing east to the neighboring building, but investigators say they found no fire stops in the attic space, which allowed for the fire to spread quickly.

Firefighters will remain on fire watch until the building is no longer at risk for reigniting.

This is really sad. I feel terrible for all the employees who are now without work, not to mention the loss of a vital part of our downtown shopping core.