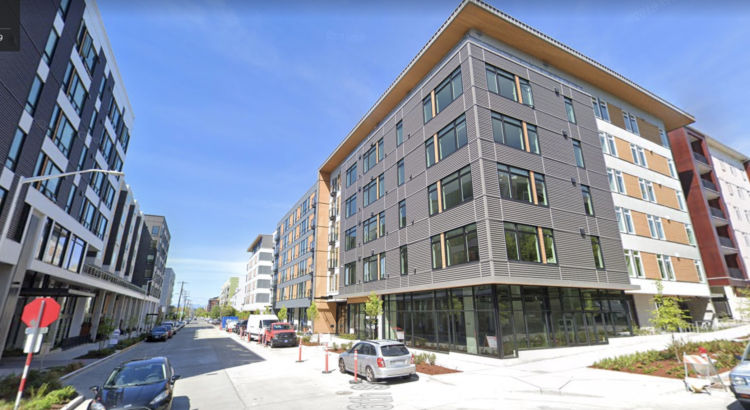 The fire was first reported in the My Ballard Group by Lauri Miller, who heard on the scanner that Seattle Fire was responding to a fire alarm at Valdok at 12:30am.

Seattle Police responded alongside the fire department, and said the fire was discovered in a garbage can on the first floor of the apartment building.

The building was evacuated until SPD and SFD could do a sweep, and there was one suspected break-in during the evacuation, according to reports in the My Ballard Group.

local crazies about to leave comments assigning blame to “the libs” in 3…2…1….

I’ve got a little secret for you: People tend to behave as they are expected to behave. Thus, your invoking the appearance of a troll will very likely lead to…the appaerance of a troll! So you’re not really helping. Unless, of course, you really don’t want to help and your dopamine receptors are looking for the stimulus they receive when you have an ideological war in the comment thread of a neighborhood blog.

Personally, I blame Trump. He’s definitely a closet firestarter – why do you think he’s so orange? That’s contact tanning right there!

I agree. Besides, he’ll take more heat than ANYBODY local that IS responsible/culpable. Let’s just keep handing out goodies, legalize theft, make the addicts as comfortable as we can, and THEN give them a nice warm place to do their drugs. Then, when we get them all settled in, we can begin giving special lanes for drinking/drunk drivers.

“handing out goodies and legalizing theft”

i will bet you a crisp $20 bill that one of the neighborhood bums did this. probably had a nice breakfast at st lukes this morning to celebrate.

*their (and don’t call them neighborhood bums, very disrespectful)

FAKE NEWS alert. Um, the conservatives/Republicans are running zero things around here, as well as pretty much both coasts, yet you seem to have your horse blinkers on really tight and don’t want to take full and complete ownership of your votes, your candidates, always blaming others. Tell us, what does your shrink have to say about this? Got projection?

I really hope that CCTV footage exists that will identify and lead to the arrest of whoever did this. Fire alarm burglaries are a real thing…and imagine someone assuming the next alarm is a fake and not leaving while the building really IS burning. And 12:30 AM is especially cruel. I have to start work at 4:30 AM each morning and having to get up in the middle of the night would ruin my day, for sure. Really rooting for SPD here!

I’m sure a new building like that has CCTV footage. Whether they chose to release it or not is dependent upon whether it fits the current city narratives.

Valdok apparently gets hit a lot (I make no assumptions about who causes this specifically). A friend who lives there said they had something to the effect of a safe broken into and checks stolen

Same with the Urbana down the street, there have been a bunch of fire alarms lately, apparently due to people breaking into the retail parts of the building and doing who knows what. Sounds like a similar situation.