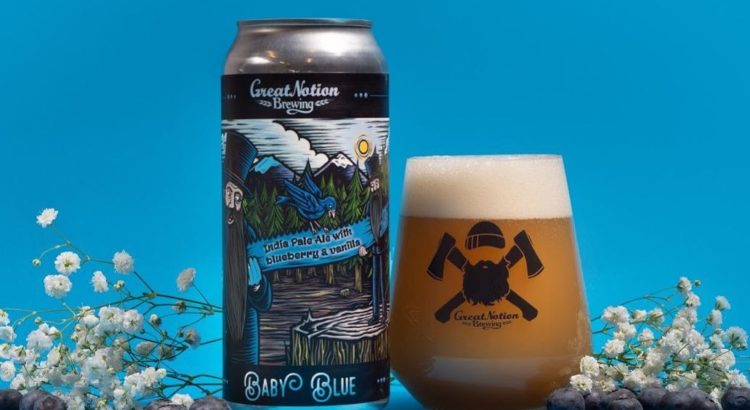 If you had any doubt that Ballard is the epicenter of Seattle’s beer scene, here’s some new evidence: Portland’s Great Notion Brewing has decided to open a taproom in the neighborhood.

Great Notion will be moving into a space at 5101 14th Ave NW — right across from Reuben’s main taproom — as the The Stranger reports. The site is being developed into a new commercial building, with the taproom taking the ground floor.

The brewery, which opened in Portland in 2016 and has two taprooms there, is known for their artfully designed cans, inventive IPAs, and sours. Their Ripe IPA helped land them on Paste Magazine’s Top 50 Breweries list, winning first place in a blind taste test of 324 IPAs from around the country.

In addition to beer on-tap and in cans to-go, they’ll have food and an outdoor patio. Great Notion plans to open their Ballard taproom before next summer.

Ballard: come for the Locks, the Swedes, the Hobos. Stay for the late-stage alcoholism.

What is a brewery other than a safe consumption site?

A place of commerce and brewing science?

So are drug dens

Perhaps you should go outdoors once in a while, elenchos2… maybe on the day (I’m sure which will be soon) that you get flagged(again) and you have to “reinvent” yourself as a new shining example of what can go wrong when cranky misanthropes are given a pulpit. If you don’t like beer, don’t drink it. If you don’t like businesses that enrich the community with providing safe, and often family-oriented, locations for people to spend time and congregate, then don’t patronize those businesses. Why waste your every breath just denigrating literally EVERY single post that is added to this blog, which is in itself a community meeting place and forum. Jeez. Just relax would you?

I don’t like the affects of beer that we as a society have to deal with.

Wait, you consider yourself part of society?

Trumpian comments?
I see none. Please cite with specificity.
Also your invented “We hate junkies because they use mind altering substances” quote. Never happened.
Such disrespect for dissenting views shows no more regard for accuracy than actual Trumpian quotes, the ones from Trump. Raise your standards!

This entire forum is people bashing those with (non-alcohol) substance abuse issues.

No it isn’t. That’s another Trumpian exaggerated mischaracterization.

“Standards”? I got no stinkin standards. This delusional person must spend their entire day watching MSLSD to be this loony.

I don’t like the affects of beer that we as a society have to deal with.

I know. My friend loves to drink Manny’s. The next morning, you practically need a hazmat suit to go within 100 ft of him!

I say red, you say blue. I say it’s warm, you say it’s cold. I say it’s nice, you say what’s so nice about it. I say go, you say stop. I say high, you say low. I think we all see a definitive pattern here. I ask again, what DOES your psychiatrist say about this?

You forgot the damn Norwegians! LOL. My Grandma came from Norway in 1889! Sober for almost 18 years and will NOT be at any bar soon. Thanks for the humor!

Ballard used to be a drinking village with a fishing problem. May still be, but it used to be, too.

Time to renew your fishing license, it’s stinky hobo season!
Barbless hooks and catch and release as usual. I mean who would want to clean one🤓

When they OD: just another shaker.

Nice. These are people and deserve to be treated with respect.

You should see a psychologist for your weird hobo fetish. Failing that, maybe a psychiatrist?

Nice . Feels good to kick down on those less fortunate doesn’t it?

Great beers! They will be a great addition to the city, I only wish they were opening up in a part of the city that’s lacking a brewery.

Nice tribute to the late Ken Kesey; “Sometimes a Great Notion”.
A story about a dysfunctional family lead by a uniquely cranky patriarch. Old Ballard in a nutshell.

I used to own that property I’m the guy who tore down the Homeless Hilton that was there in 2014. Before I sold it I had a couple of offers to rent it and one person I thought had a very good idea. He was going to put up a Tent Beer Garden complete with Bathrooms. He has done several of these in other City’s. He went as far as getting most all of the permits but the whole project stoped when the city wouldn’t issue a liquor licence because I they didn’t think it was a good idea to serve Beer and Wine in that neighborhood. Go figure.