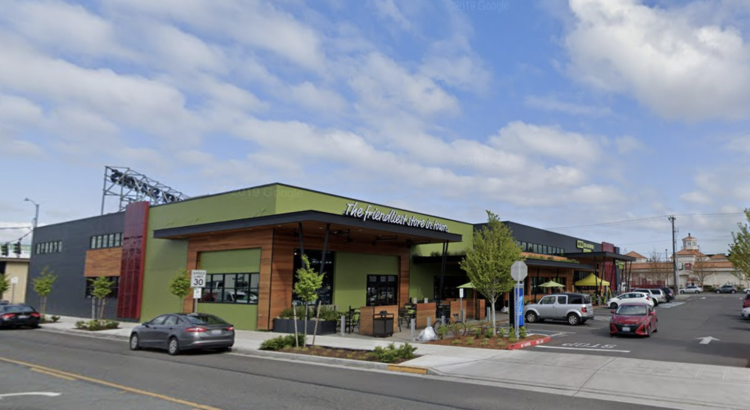 After opening just last year, New Seasons Market in Ballard will be closing at the end of the month.

California-based grocery chain Good Food Holdings (the same company that owns Metropolitan Market) has bought New Seasons, and will be shaking things up in their Seattle locations: along with the Ballard closure, they’ve scrapped previous plans to open a new location in the Central District, as the Puget Sound Business Journal reports.

New Seasons was started in 1999 in Portland, where there are 18 stores. There are currently two in Seattle; one in Ballard and one on Mercer Island. The Mercer Island store will be converted into another Metropolitan Market.

“We believe this new ownership structure will allow us to even better support the long-term health of the business and deliver on our mission,” New Seasons CEO Forrest Hoffmaster wrote in a letter to employees, as reported in Oregon Live.

The PSBJ reports that the new owners, Good Food Holdings, is a subsidiary of Emart and part of a global South Korean retailer, The Shinsegae Group.

We’ve reached out to the Ballard store to learn more about when they’ll be closing, and will update with any new information.

Well that sucks. I really liked that place!

Kind of a shame. They poured a bunch of money into that all-new building. It’s unlikely another grocery store will try to move in there, given that PCC just opened down the block. Kind of makes me wonder how well the rest of the complex is doing.

Wow, super bummed and PO’d about this. New Seasons is an awesome store, the staff are super friendly and remember us, it feels more like a local grocery stand versus store. uuuggghhh

Did you at least tip because the store didn’t pay them anything?

If that’s the case, employees are free to leave.

Yeah… and customers are free to go shop somewhere else. From what I’ve read these guys were union busters. So screw them. https://nwlaborpress.org/2019/05/new-seasons-market-paid-a-union-buster-a-third-of-a-million-dollars/

Somebody should tip you over in the middle of traffic.

New Seasons is anti union – if you look them up they had some less than desirable business practices. Hopefully the location can become a Met Market so I don’t have to drive to Magnolia for The Cookie.

https://www.ufcw21.org/find-your-contract/2015/2/24/metropolitan-markets-grocery-contract
Looks like they did have a contract until May?

I’m not going to feed the troll

elenchos2 – please give it up, I am far from being a “troll”

Is it non-union OR non-human? Did anybody have a gun held to their heads, making them take positions? Being part of a mob and taking down the man is so much fun though.

Do you get there in your Model T too? I hear the 8 tracks in those are very nice too!

By anti union you mean anti-mobsters right? Because that’s what you get with a union.

By anti union you mean anti-mobsters right? Because that’s what you get with a union.

Bro, Reagan and his union busting lies are long dead and buried. People have put 2 and 2 together and realized that the decline of unions over the past 30-40 years is directly correlated to stagnating wages and a decline in benefits. They’ve realized that the whole unions=mobsters trope was a sensationalized account of one or two massive unions.

Other first world countries have had great success with trade unions, resulting in fair wages and benefits.

Yeah right, unions in the US before Reagan were basically mob outfits.

You can keep repeating that ad infinitum, but it doesn’t make it true.

You must have missed where I mentioned:

They’ve realized that the whole unions=mobsters trope was a sensationalized account of one or two massive unions.

There are hundreds of trade unions that exist legitimately and provide massive value to workers, worker benefits and worker rights and a few examples of corruption should not be cause to throw the baby out with the bathwater.

Regardless, the right wing has been using those couple example of union corruption to slowly dismantle and eventually destroy any semblance of unions, to the benefit of the massively wealthy.

The sad thing is that they wouldn’t be able to accomplish this without a large number of people, such as yourself, voting and acting against the own self-interests to help them dismantle unions from below.

This comment is not to start an argument or heated debate with people with over inflated opinions but to share my experience and reason I steer away from companies that need a Union in place. If a Union has to be at a grocery store, it’s because the company is most likely shitty to their employees in the first place. This happened to me with Kr__er years ago. Union did nothing for me but help chip away at my already crappy wage. Other coworkers took advantage of how hard it was to get fired and were lazy. This was an eye opener and vowed never again. I steer clear of applying at a place with a Union, and even as a customer, will not spend my money at those businesses. I’ve been lucky to have had decent companies (and they do exist) that were more like family and actually took care of employees including benefits, paid time off etc.
Awareness
Awareness
Awareness
It saves time and stress. Research what kind of company you are working for. Seek good people to work for. Know what your company is really about. Be aware.
That is all. Thank you for reading this.

Other coworkers took advantage of how hard it was to get fired and were lazy.

Have you never been to a McDonalds or a Walmart? Laziness has NOTHING to do with unions.

Your account does not match any of my friends and family that work union jobs at a grocery store.

Yeah right, unions in the US before Reagan were basically mob outfits.

Seemed like a nice store, but the higher prices pushed me back to Fred Meyer or QFC.

I agree Matt, it is hard to beat the prices at F.M. and QFC.

Wow they didn’t last long did they !