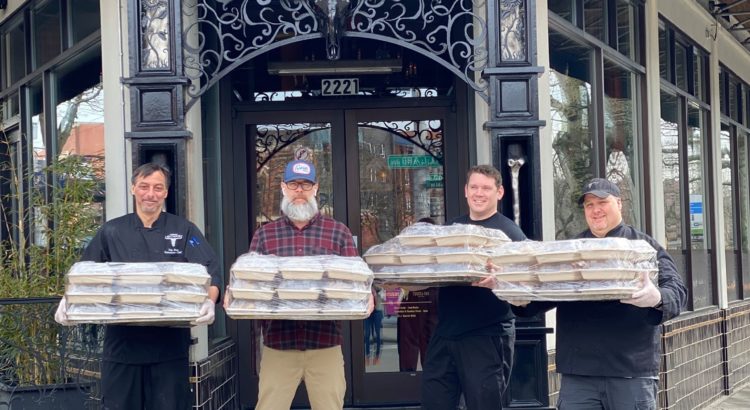 Despite an empty dining room, Ballard’s Matador kitchen has been busy.

Restaurant owner Zak Melang told Crosscut that they had a full refrigerator of food, and didn’t want to see it go to waste. So, Matador chefs have been preparing free lunches for Swedish Hospital workers.

Melang said they tried to donate their extra supplies to local schools, but after having a hard time finding someone to organize it, opted to help out healthcare workers. On Tuesday, the kitchen staff prepared 75 burritos for Swedish Ballard workers.

“We’re honored and humbled to be able to help out our community, especially healthcare workers, in any way that we can this week,” Matador posted on their Facebook page.

Matador opened back in 2004 in Ballard, and has since expanded to open nine Matador restaurants across four states. Melang told Crosscut he’s working with the kitchen staff in the Redmond and Tacoma locations to see if they can prepare meals for nearby hospitals.

Zak and Renessa Melang are organizing a meal train with other Seattle-area restaurants to be able to keep the meals going; if any other local restaurants are interested in joining, they can contact the owners at info@oppermelang.com.

Matador Ballard is also open 11am – 8pm for takeout food; here’s their website for a menu.