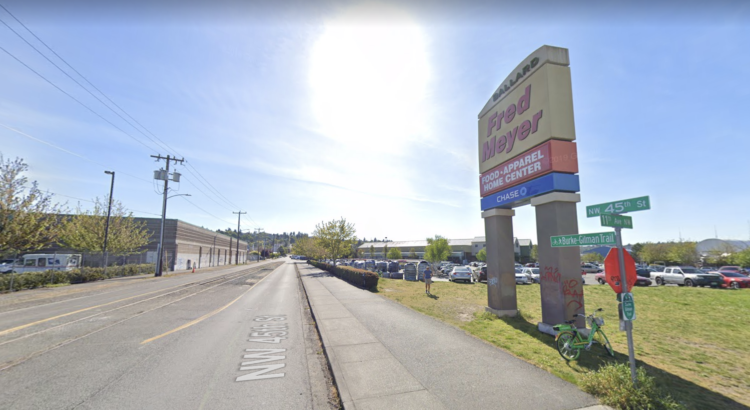 Construction on the project to help collect stormwater runoff from entering the Ship Canal has begun in East Ballard, as crews build a detour for the Burke-Gilman Trail and prepare the site.

The work is happening right next to Fred Meyer, on 11th Ave NW and NW 45th St. Seattle Public Utilities says crews will pour asphalt to create the two-way Burke-Gilman detour on the north side of NW 45th St. They say the detour could start as early as next week.

SPU says crews will also be doing soil stabilization work, which includes removing the sidewalk on the south side of NW 45th St and diverting traffic onto the west shoulder of 11th Ave NW.

The East Ballard site will eventually be home to a 60-foot deep, 10-foot diameter vertical shaft to carry sewage to the new storage tunnel. The tunnel will span the Ship Canal from Wallingford to Ballard, collecting stormwater runoff before it enters the canal.

Over the next few weeks, SPU says you should anticipate:

To learn more about the project, visit SPU’s website.