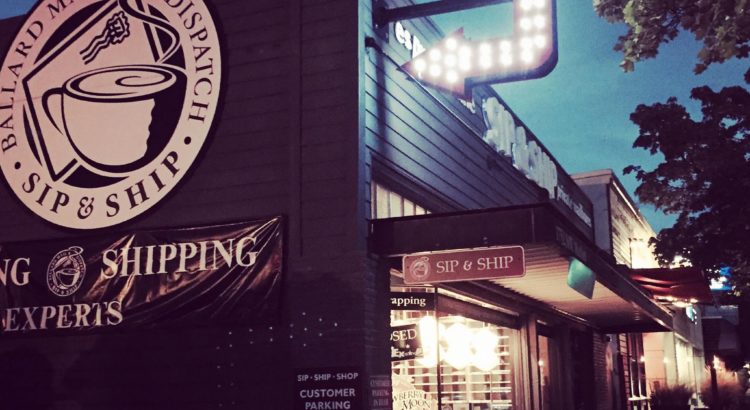 Another local business was the target of thieves this past week: the Ballard Sip and Ship was broken into and several packages were stolen.

Owner Diana Naramore tells My Ballard that the break-in was “clearly premeditated”, saying the burglars wore backpacks to fill up with packages. They reportedly brought their own ladder to break the kitchen window and then crawled across the floor to avoid the motion sensors.

Naramore says police assumed it was an “upgrade” from porch pirating, allowing the burglars to grab more packages in less time than going door-to-door.

The incident is still under investigation; Naramore asks that anyone with information contact her at diana@sipandship.com.