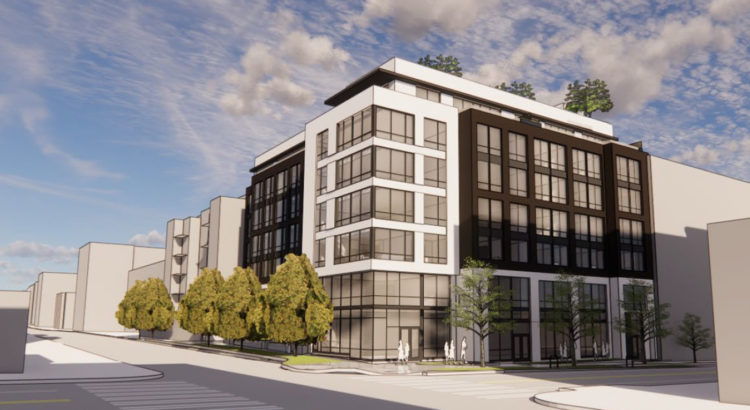 A new 7-story apartment building is being planned for the corner of 20th Ave NW and NW 57th St, replacing two old houses and a building that contains a law firm and the Consulate General of Iceland.

The plans call for 75 units and some parking—the most recent project permit detailed 44 parking spaces. The property owner is Saratoga Capital, and the architects are Seattle-based GGLO.

According to the Seattle DJC, the project plans are headed to a final design review in November.