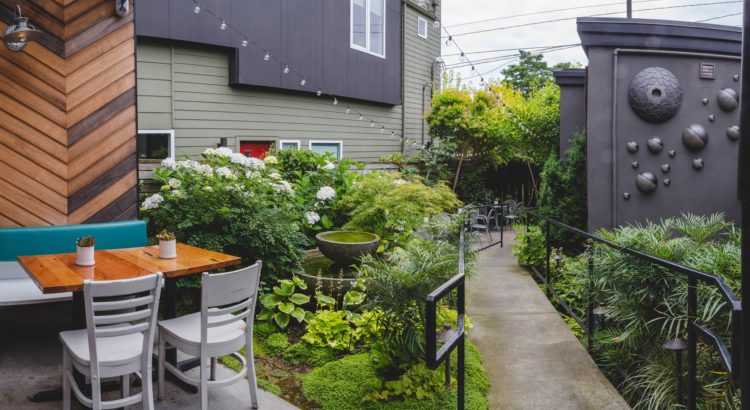 The owner of Brimmer & Heeltap has expanded her offerings, opening a coffee shop in the restaurant’s garden space.

It’s called Red Arrow Coffee, named from the discovery of an old photo of the grocery store that once occupied the corner building (425 NW Market St). The grocery store had a Red Arrow sign above the front door, inspiring owner Jen Doak to use the name for her new cafe, where she now serves espresso, pastries, and sandwiches.

“It has been such a great, fast and casual way to take care of our community,” Doak said. She’s also started a wine and cheese club on a subscription basis.

Red Arrow Coffee is open seven days a week, from 7am to 1pm. Brimmer & Heeltap is serving dinners every Thursday to Sunday from 4 – 9pm.