106-year-old Salmon Bay railroad bridge to be repaired, not replaced – My Ballard Skip to main content 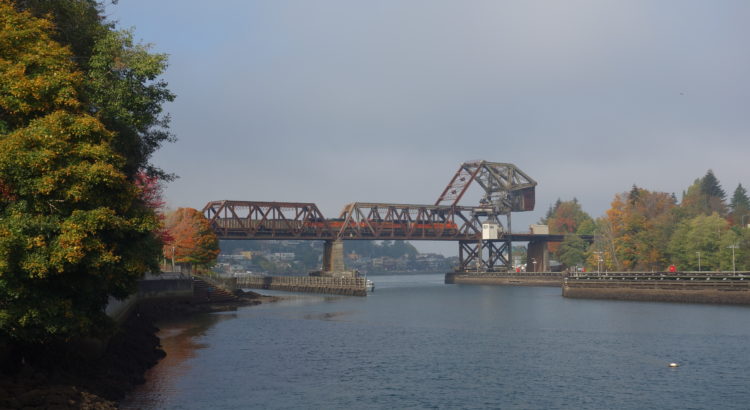 Plans to replace the iconic Salmon Bay railroad bridge have changed: BNSF has decided that rather than build a new bridge, they’ll work to repair and maintain the century-old railroad bridge just west of the Ballard Locks.

Two years ago, BNSF announced their intent to replace the bridge, which was built in 1914. The trunnion bearings—the mechanism that allows the bridge to raise and lower—have become fatigued over the bridge’s lifetime.

BNSF representative Courtney Wallace told My Ballard that rather than replace the bridge entirely, BNSF will instead replace the counterweight system and trunnion bearings. The decision to keep the bridge essentially as-is came after feedback from the community.

“Based on expert analysis and review, BNSF has developed a heavy maintenance strategy to replace both the trunnion bearings that allow the counterweight to rotate and the steel and concrete that account for most of the counterweight,” Wallace said. “This approach will keep the majority of the Salmon Bay Rail Bridge—which is in good condition—intact, and safely address maintenance needs with the lowest environmental and community impact. This means the bridge will look substantially similar to what it does today.”

The decision to repair rather than replace will save BNSF about $50 million, My Northwest reports.

The timeline for repairs is still undetermined, but we’ll update when we learn more.