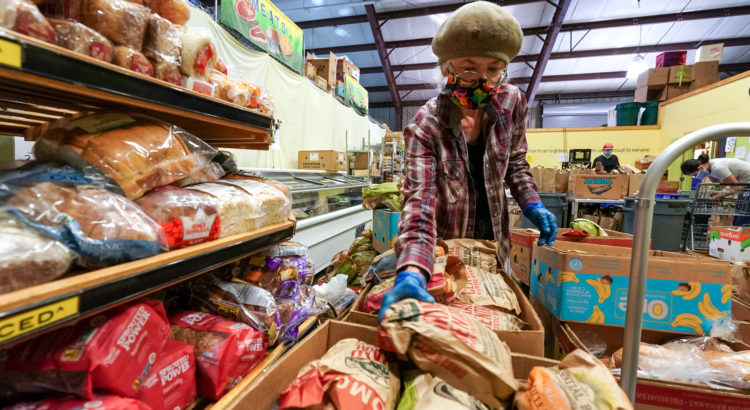 The brewing company announced its donation program in August, centered around the release of Dankful IPA, “a generously hoppy beer launched to help the brewery raise awareness for a variety of nonprofits working to support local communities.”

“Our goal is to support communities in our backyard and beyond, with a focus on urgent needs for many people right now,” Sierra Nevada Vice President Sierra Grossman said in a statement about the donation. “Dankful allows us to focus on what we do best: supporting the causes we believe in and brewing great beer.”

The Ballard Food Bank has been far busier than usual: in October alone, 6,400 people either visited the food bank or requested a home delivery. That’s twice the usual amount in a given month.

“Folks are really hurting in Seattle. The number of people visiting Ballard Food Bank and receiving food deliveries has doubled in the past year. Many have never needed a food bank before,” Ballard Food Bank Executive Director Jen Muzia said. “Thanks to generous supporters like Sierra Nevada, we will be there for people today and in the months ahead—we will get through this pandemic together,” she added.

The brewing company is partnering with new nonprofits each quarter, and while Dankful IPA is the spokes-beer for the cause, the donations aren’t contingent on sales from the beer.

“Rather than making donations contingent upon Dankful sales, we’ve committed to at least $1 Million in donations over the next year,” Communications Director Robin Gregory said. “This is a way to provide immediate support for nonprofits doing critical work in our communities.”