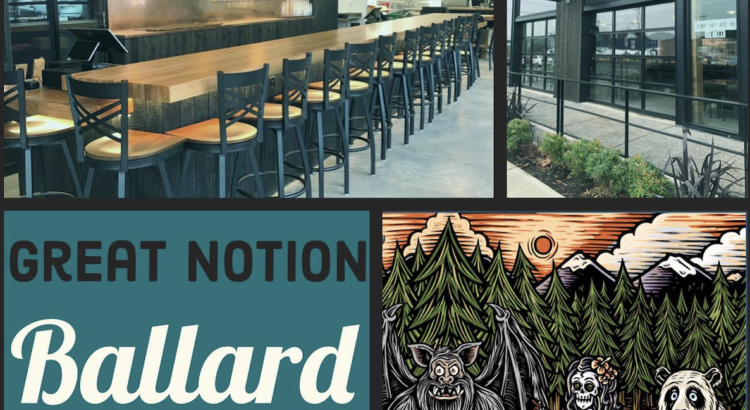 The Portland-born brewery touched down in Seattle just a few months ago when they opened a location at Airport Way South—the Ballard taproom is their second Seattle brick-and-mortar. The Ballard location is just across the street from Reuben’s, right in the heart of the Ballard Brewery District.

Great Notion cracked open their doors last week with to-go sales only, which they’ll continue through the end of this week. For beer pickups during their soft opening, the brewery asks that people order ahead of time on their app.

“While COVID-19 numbers remain high, we will only be offering app pickups and to-go beer, but no onsite consumption of food or beer,” Great Notion shared in an announcement about the opening. “Once indoor dining is safe, we will roll out a killer food menu and will be able to welcome guests of all ages.”

The taproom is open for pickups daily from 12pm to 7pm, but will be closed on Friday, New Years Day.