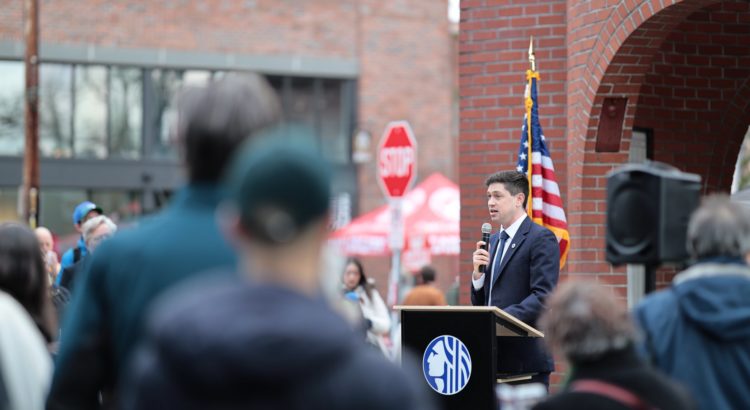 In our January Q&A with District 6 Councilmember Dan Strauss, we sourced reader questions from the My Ballard Group, many of which centered around the homelessness crisis.

If you want to submit questions for future Q&As, email us at tips@myballard.com.

When will your homelessness plan be implemented?

The council has the ability to pass laws and pass budgets, and then it is the executive departments that operationalize and get those contracts out to service providers. This week, the Select Committee on Homelessness will receive an update from Deputy Mayor Sixkiller on the Q1 data points and what we should expect to see.

We know that some of the hotel contracts have already been written and accepted by service providers, so it is now a matter of operationalizing those contracts. And what’s important to me is that we are budgeted for district-specific outreach workers. So I hope that those folks will be able to serve our district and Ballard directly.

When we look at the surge investment that occurred last year, I see that as a down payment for us to understand what programs are successful at being scaled up to meet the demands that this crisis requires.

That demonstrates that when we do not solve for the root of the problem, it just comes back, and we get into a feedback loop, which is why the surge investment is so important: We will be able to take that first step in addressing things at the scale of the problem.

Can you explain more about how hotel rooms help people experiencing homelessness?

“The benefit of hotel rooms is that it’s an already built structure. It meets my personal guidelines of adequate shelter: There are four walls and a door that can be locked. This program has been very successful when it’s managed well. What’s really important for this program is that there’s 24/7 staffing at the hotel for people. If they ever have an issue, they have a social worker to speak with.

We’ve seen that when people are brought inside and stabilized, one of the first and highest requests is medically assisted treatment. When somebody is stabilized, they are more likely to access mental health, housing, and chemical dependency resources.

When they live on the street and try to figure out where their next meal is or where they’re going to sleep tonight or trying to protect themselves from predatory behavior, they are less likely to [access resources]. They’re less able to think about the next day, next week, or next year.”

Will you be voting to decriminalize misdemeanors?

“First and foremost, I can’t say how I will vote on a bill that has not yet been written. There have been many news stories about this proposal, but I have not yet seen a bill.

At the December 8th, 2020 Public Safety Committee meeting, what I saw was what a spectrum of different options could be in developing that bill. There is the question of how broad the bill should be, who should be required to present this as a defense.

Legislating to solve problems is oftentimes a blunt tool to get to the solution that you need. So when different governmental entities are not providing outcomes that you want to see, and if you can’t get those outcomes by asking or begging or working together, sometimes then a law or a bill is the best option to get that intended outcome.

What we do see right now is that the city attorney is utilizing some of these policies and is able to do so flexibly and able to take it on a case-by-case basis. And so, as the city attorney continues to have that flexibility and continues to make smart decisions in that area, I have not made a decision yet if legislation is the best way forward.

I think what’s really important to understand is that nobody wants to prosecute the mother for stealing baby food because she can’t afford it. And what’s important to also have in mind is that we don’t want to provide loopholes for the people stealing cigarettes to resell them.

What is at the root of all of this? One of the reasons that this is a discussion in our community right now is because we have so much suffering on our streets.”

What is the plan for reducing crime and holding those criminals accountable instead of releasing them back to our neighborhood?

“One of the issues that we’re experiencing right now is that COVID-19 has disrupted our jails. There’s an increased level of danger of bringing people into our jails from outside the population. When people are cycling in and out of the jail system, it increases that risk at a very high level.

Once we have COVID-19 under better control and the vaccines are rolled out, we will see our courts and our jail systems returning to what we saw before.

It’s important that we engage the diversion courts as much as possible and that we utilize our jail system as the last option because it’s the most expensive and least effective form of rehabilitation that we have for some people.”

What is the plan for getting homeless off the streets, cleaning up camps in all the Seattle parks so the citizens and taxpayers can use them safely?

“CDC guidelines state that you’re not supposed to move camps until unless we have a place for somebody to go inside. We have about 2,500 shelter beds online in the city on any given night, and only one to four or five beds are open any given night. What’s going to be important as these additional shelter resources come online is that we focus on our parks and in our green spaces to make that specific impact.

That’s going to require departments working in a coordinated fashion, and I’ve got meetings with some of these department heads to make sure that they know my perspective on this. We also have the Clean Cities Initiative that was part of the last budget cycle. The initiative is to address trash dumping on our streets and in our parks.

We also have 600 units of permanent, supportive housing coming in 2021. We also have the Regional Homelessness Authority that will be taking over our homelessness response. They have been delayed in implementation; they’re on track to hire their CEO in February.

It’s important to keep in the back of our minds that Seattle has been bearing the burden of a regional crisis, and we need the region to respond. That means making sure that the county and the city collaborate and keep everyone under the same management. Hierarchy is going to be really important.

What’s also been the center of mind for me is that I can’t wait for the regional authority to come online before we start making a felt impact. As I said before, six years into a civil state of emergency, I am impatient with a desire to see results in our community.”

How do you plan to help and not enable addiction and mental health problems in the homeless population this year?

“What we see is that when we provide for people-based needs in the form of food, water, shelter, and case managers, and if we’re able to bring somebody into a hotel or adequate shelter, they are more able and likely to access the housing, mental health, and chemical dependency services that they need to change their life.

We need to make sure people are reaching benchmarks. My parents were social workers working with children who had intense behavioral health issues. So what is the center of mind for me is I need no further proof that somebody is having behavioral health issues if they want to live on the street rather than coming into a safe place to live.

It is important to recognize that the way we were using congregate shelter before the pandemic was, in my opinion, not adequate shelter. Having a large room where people can go through your things is threatening at night. We need to get people into appropriate shelter. We’re hearing from chemically dependent people that once they get stabilized, they want medically assisted treatment.