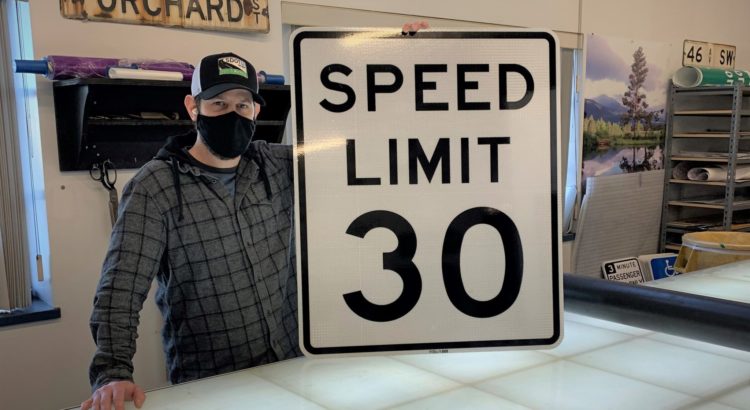 The City has rolled out lower speed limits on a number of state routes that go through Seattle, including sections of Aurora Ave N.

SDOT is in the process of dropping speeds on Aurora, Marginal Way, Sand Point Way, Lake City Way, and N-NE 145th Streets throughout March and April thanks to funding from the Levy to Move Seattle.

Dropping speeds on state routes and other arterials around the city is part Seattle’s efforts to reduce crashes and traffic-related deaths. The project to lower speeds is in partnership with WSDOT, and builds on the ongoing work for the Vision Zero initiative.

Along with the new state route speeds, SDOT has also lowered speeds to 25 mph on most major arterials in Seattle. A total of 415 miles of city streets saw their speed limits change, with 2,500 new speed limit signs distributed throughout the city.

To read more about the changes on state routes in Seattle, visit SDOT’s blog.